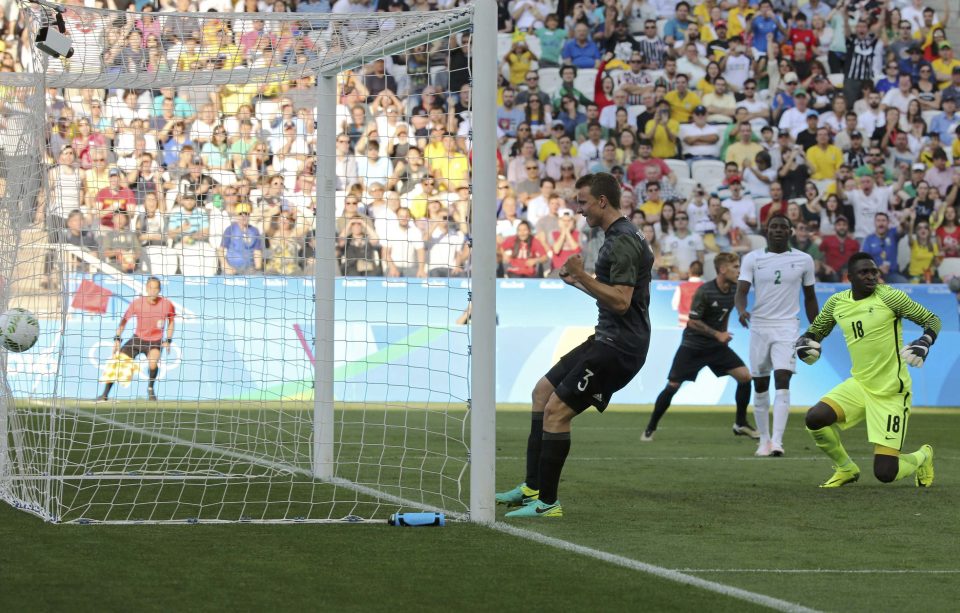 Germany and Arsenals Serge Gnabry are through to the Olympic men’s soccer final, while Chelsea’s Mikel John Obi who was in the Nigerian line-up will now go for Bronze. 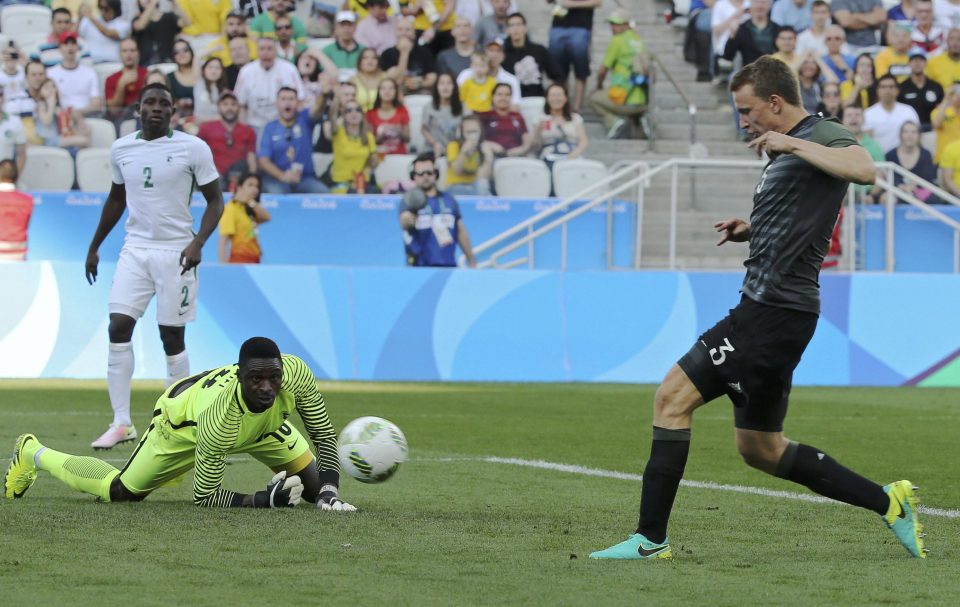 LEFT and ABOVE: Lukas Klostermann scores past Nigerian keeper Emmanuel Daniel and just to make sure Klostermann follows up his effort IMAGE: REUTERS

Germany will play hosts Brazil, 6-0 winners over Honduras, on Saturday.

Chelsea’s Mikel John Obi was in the Nigerian line-up but it was the Germans who drew first blood with an early goal from Lukas Klostermann.

A terrific attack ended with Max Meyer rolling a square ball on a plate to Klostermann, who didn’t miss a six-yard tap-in.

The Germans hung on to their narrow advantage until half-time but it was a closer contest than the first semi.

And Nigeria created a few chances in the final 10 minutes to give their opponents something to think about at the break, having had a great chance when Aminu Umar bore down on goal.

But just as he looked set to poke home Matthias Ginter made a marvellous  saving tackle. 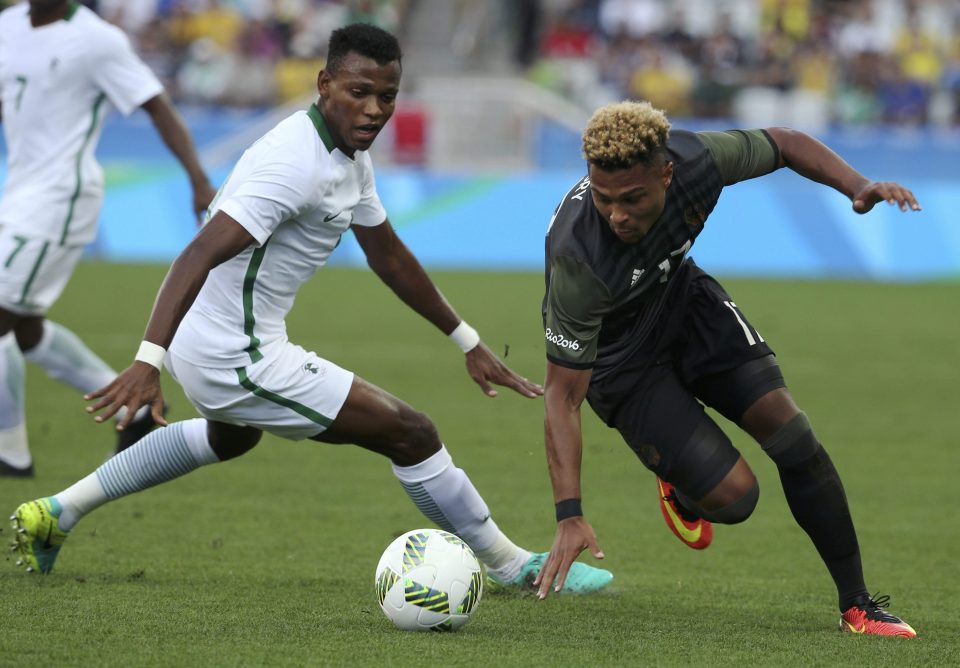 Nigeria begin the second half brightly, too, with Imoh Ezekiel causing problems with his direct running at the German defence.

But the Germans come roaring back. Arsenal’s impressive Gnabry was set through on goal with the chance to increase the lead but the offside flag denied him. 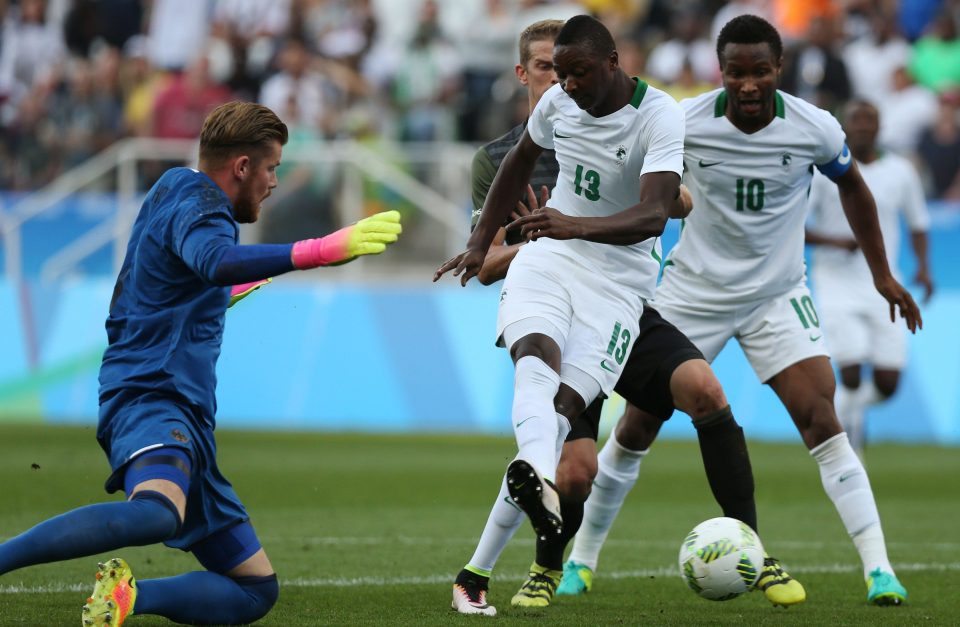 Gnabry had a stinging drive turned away before Davie Selke skipped around the keeper. But he manufactured a tight angle and his cross/shot was cleared.

But the Germans added a second on the break with a minute to go.

Selke blasted a shot across goal and sub Nils Petersen slid in to convert his sixth of the tournament from an acute angle.

2016 Rio Olympics and the perpetual failure of a nation