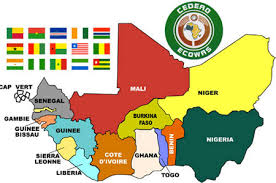 The President of the ECOWAS Commission, Mr. Marcel Alain de Souza, the Deputy Secretary-General of the Commonwealth, Dr. Josephine Ojiambo,and the Special Representative of the UN Secretary General for West Africa and the Sahel, Dr. Mohamed Ibn Chambas, arrived in Accra on November 22, 2016 for the signing ceremony for peaceful elections, sponsored by the National Peace Council, initially scheduled on November 23, 2016. The objective of the ceremony was to get a firm commitment of the candidates to work for a peaceful and open electoral process.

They understand that the ceremony had to be postponed. They are however pleased to learn that the Presidential candidates had agreed to attend a session with the Electoral Commission on implementation of the reforms and the transparency of the electoral processes on December 1, 2016. The signing of the peace accord on that occasion will be an important public reaffirmation of the candidates’ commitment to peaceful elections on December 7.

The ECOWAS, the Commonwealth and the United Nations call on all the presidential candidates to commit to participate in the December 1, 2016 event, and to take the responsibility to contribute towards non- violent, transparent and credible elections