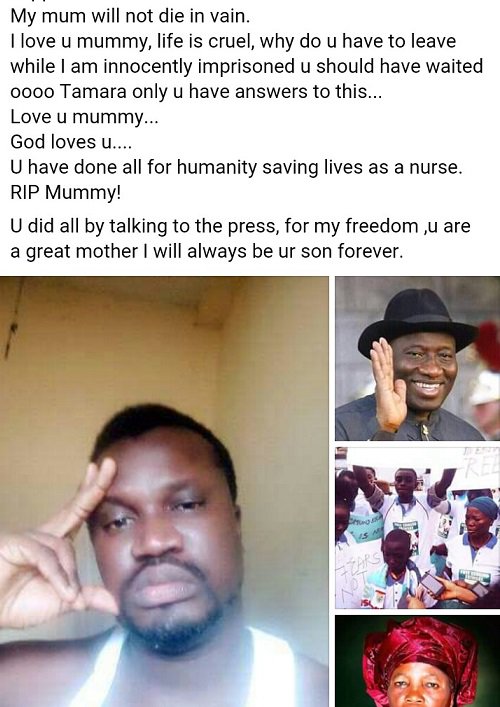 A Concerned youth from the Niger Delta Bayelsa State has accused the former President of Nigeria, Dr Ebele Goodluck Jonathan for being the cause of the death of his mother.

Edmond Ebiware and Charles Okah was arrested and charged for accessory to the 2010 Eagles Square Independence Day bomb blast which claimed 12 lives.

He was convicted and sentenced to life imprisonment with effect from October 3, 2010, sometime in January 2013.

Edmond Ebiware has been crying out behind bars saying his arrest is politically motivated and he has accused the former president for putting him behind bars.

Charles Okah, the alleged mastermind behind the October 1, 2010 bombing has been set free when the same court dismissed the treason charge brought against him. 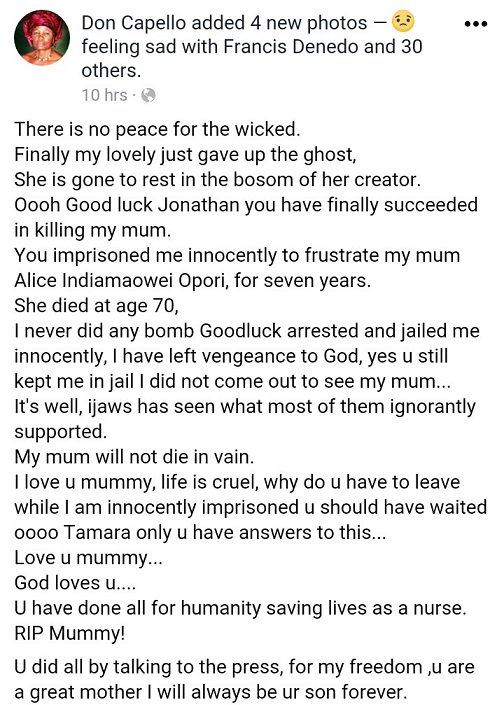