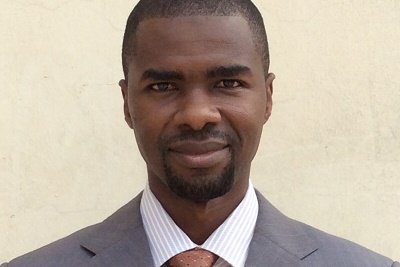 The Nigeria Society of Physiotherapy (NSP) has urged federal and state governments to give more support to physiotherapy as a profession, as being done to other professions in the health sector.

They decried a situation where physiotherapy is looked down by the authorities with meager annual budgetary allocations despite its importance in the life of every human being.

This was made known by the associations’ newly elected National President, Dr Rufai Yusuf Ahmad [pictured above], a Senior Lecturer in Physiotherapy Department of Bayero University Kano and an Honorary Consultant Physiotherapist in the Aminu Kano Teaching Hospital.

He emerged president at the association’s 56th Annual General Meeting  held in Kaduna from 23rd to 29th of October, 2016 where  a new executive council was elected.

The National President described Physiotherapy as “one of the professions that touches the life of every Nigerian since it is not only patients in the hospital that require services of a Physiotherapist”.

According to him, “one of the risk factors of many deadly diseases is sedentary lifestyle, the prevention of which requires exercise prescription.

This aspect of preventive health care, as well as diagnosis and treatment of many diseases of the millennium, is under the purview of the Physiotherapist making the profession serve its benefit to every living Nigerian.

On the challenges in the healthcare sector, coupled with the increase in population, diversities and technological advancements, he said every profession is faced with the need for innovation in tackling its challenges.

In this regard, he stated that the current needs of the Nigerian population should determine the focus and agenda of any association.

He said, the new executive council would enhance clinical expertise of its members to improve patient care, educate the public on prevention of deadly diseases and ensure Physiotherapy services extend to rural areas.

The NSP President paid glowing tribute to the efforts of the founding fathers of the profession who nurtured it from inception to present stage.

These include past Presidents of the Nigeria Society of Physiotherapy, Officials of the Medical Rehabilitation Therapists Board and all that have contributed to the success of the Physiotherapy Profession.

He assured the Federal Government, Federal and states Ministries of Health, all health professions and other relevant stakeholders of the readiness of his association to work together with them to foster peace and unity in the health sector and render efficient services to patients.

While appreciating the members for his election, Dr Ahmad assured them that they would be carried along in running the affairs of the Society.

He also assured Nigerians that the current NSP executive council would ensure improvement in services rendered by Physiotherapists to people.

The National President pledged to give more effective, efficient and result-oriented leadership and to refocus the association in line with current global trends.

Okezie Ikpeazu Grass Root Supporters  Group To Be Flagged Off