The Ebony State governor, David Umahi has unleashed a witch-hunt against his former Secretary to the State Government [SSG], Professor Benard Ifeanyi Odoh, who resigned on Monday, April 2.

ElombahNews gathered that the governor rolled out what is perceived as “Operation Grinding and Crushing” by the former SSG.

It was learnt that hours after he resigned, Governor Umahi turned his resignation into sack and has ordered his media aides to publish same on various news media.

In his resignation letter, Professor Odoh has cited ‘shenanigan orchestrated against him by overzealous EX-CO members’ as part of his reasons for leaving office.

House of Reps spokesman source of inspiration to his…

He stressed that the governor will, no doubt, go after him, his family and friends who dared to differ with his ideologies and aspirations, a prophecy that has in a very short while come true.

Below is the resignation letter from the SSG: 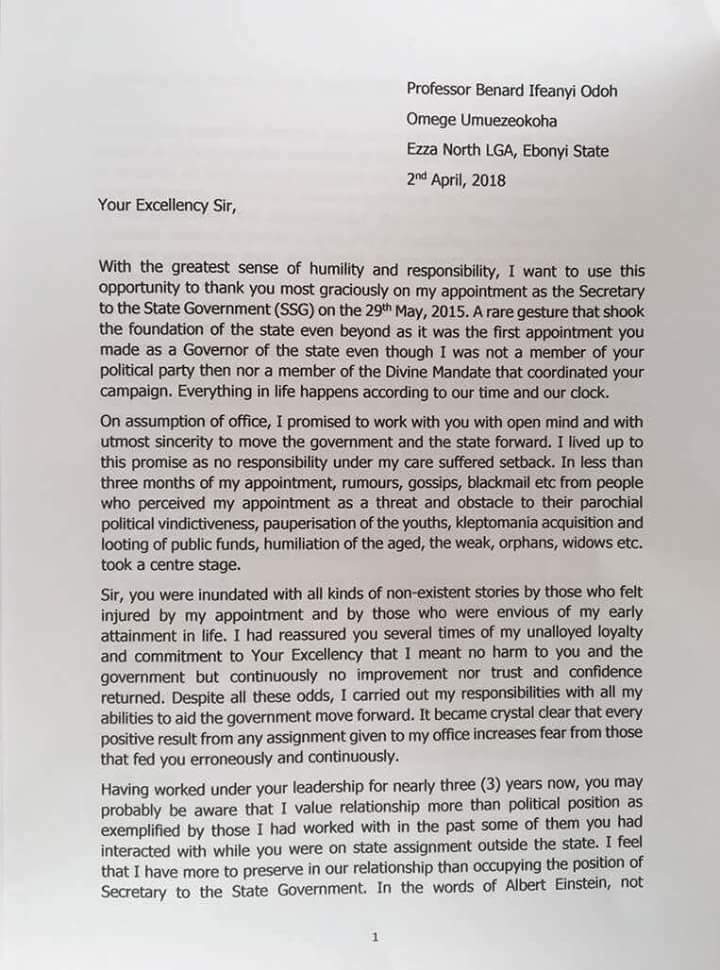 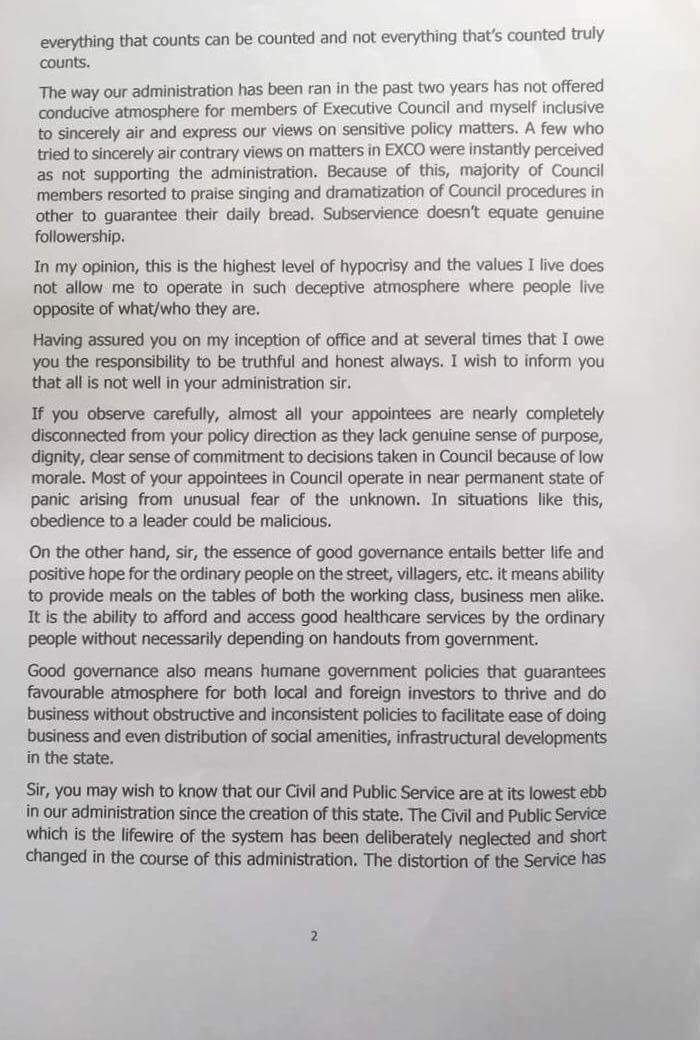 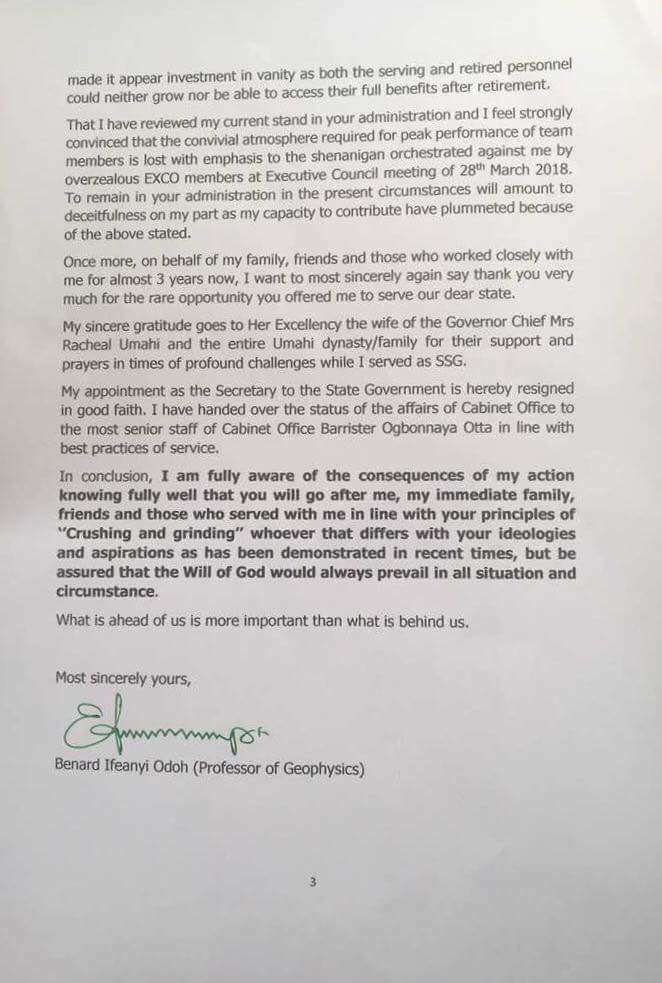 What has Buhari achieved since 2015?