Representatives of the Nigeria Governors’ Forum on Saturday visited the Abule Ado explosion site in Lagos for an on-the-spot assessment of the devastating effects of the recent gas explosions that claimed many lives and destroyed several properties worth billions of naira.

The NGF chairman praised the Lagos State Governor for his prompt response to the disaster and for setting up a relief fund that would help mitigate the hardship of the victims. 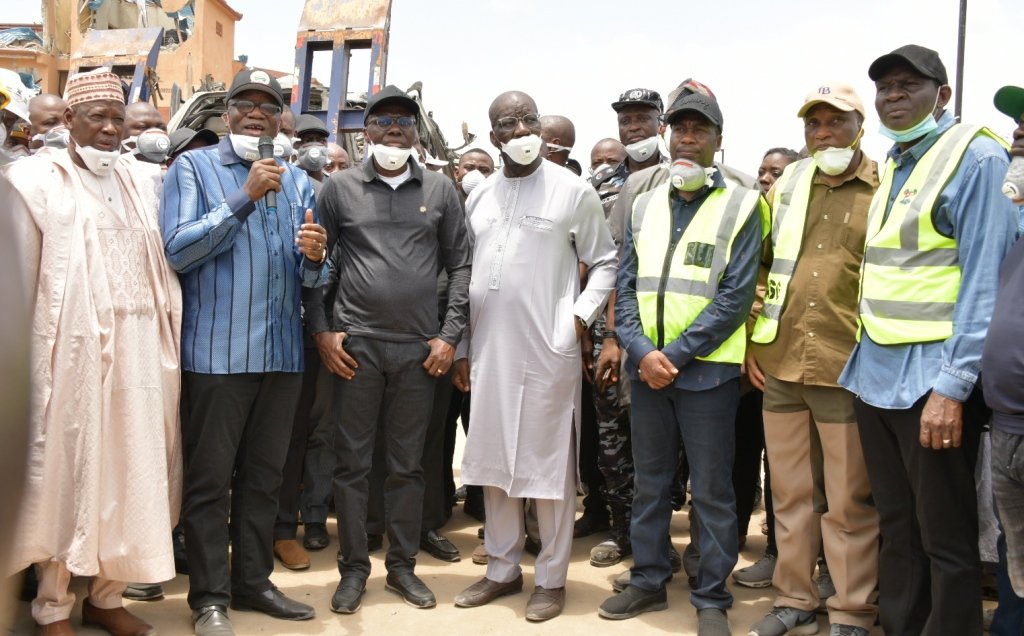 He also commended the Lagos State Government for the decision to take immediate action and ensure that the issue of building on pipelines corridors are averted.

The NGF chairman however blamed the incessant explosions on the disagreement between States and Federal Government on ownership of land.

While commending the Lagos State Government for the attention given to the place, he promised that such issues would be addressed going forward.

While announcing a donation for the sum of N200 million on behalf of the Nigeria Governors Forum, Fayemi expressed satisfaction that a more decent and modern community will evolve from the misfortune.

The Governors sympathised and commiserated with those who lost loved ones and properties destroyed by the unfortunate incident and expressed hope that it never occurs again.

Earlier, Governor Sanwo-Olu took the visiting Governors round the explosion site, explaining in details what led to the disaster and how the State Government plans to avert a re-occurrence in the future.