Hajj Stampede: No Loss of Lives From C’River Pilgrims – Official 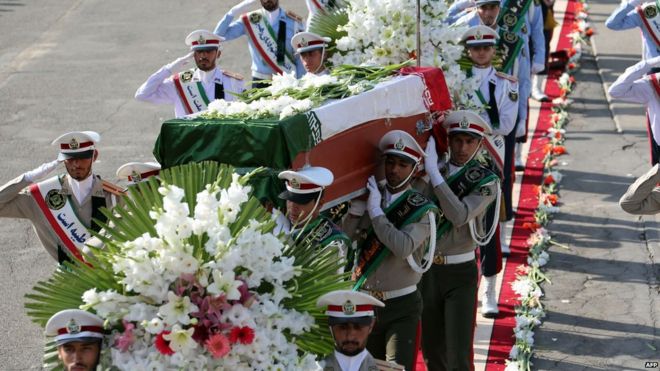 Following the directive by president Muhammad Buhari  that officials of the 2015 hajj exercise should conduct head count to ascertain the number of victims in the recent Hajj Stampede, the ‎Cross River State Muslim Pilgrims Welfare Board says no casualty was recorded among the pilgrims from the state.

Head of Islamic affairs in the State Department of religious matters,and the coordinator of the 2015 Hajj operations from Cross River State,Mallam Bello Audu gave the information  this during a phone interview with Newsmen in Calabar.

ABOVE IMAGE: Hajj stampede: Iran victims’ bodies repatriated. More Iranians died in the stampede than any other nationality

Bello who until recently  was the acting secretary of the State Muslim Pilgrims Welfare Board said he has been in touch with the thirty seven pilgrims in the holy land, explaining that “they are hale and healthy”.

He said all the pilgrims have been subjected to  medical test to know their state of health, which he said is needed at this critical situation,assuring that all of them will return back home soon.

“We give Glory to Almighty Allah that no pilgrim from the state was missing when a head count was done for all the 37 pilgrims from the state in Mecca, Saudi Arabia.

“We also give thanks to our State governor,senator Prof. Ben Ayade who has promised to always listen to the Muslims in Cross River State and given them their rightful places in the scheme of things.

“That nothing happen to the pilgrims from Cross River State shown that the governors prayers has been answered as a good believer and a man of God.

“We regret the loss of lives at Jamarat, and as a Muslims,we condoled with the affected persons and their families both  in Nigeria and other countries of the world with prayers  that  Almighty Allah will grant the dead Aljana Firdaus ‎ as well as grant the victims’ families the fortitude to bear the irreparable losses”the former acting secretary said.

The hajj stampede  occurred in Mina,a day after Arafat where pilgrims were on the way to Jamarat, and over one million pilgrims died including 64 pilgrims  from Nigeria .