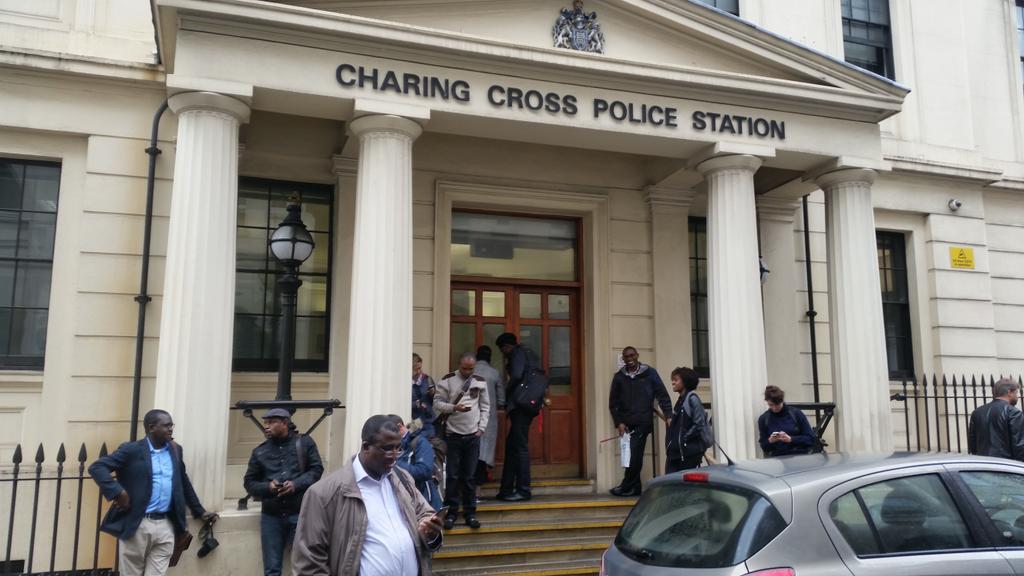 TVC can authoritatively report that Alison-Madueke actually went to the police station, but went through the back door, because of the huge media presence.

She was bailed on the same conditions as she was last Friday, but can’t leave the United Kingdom and can’t apply for new travel documents.

She was granted bail again because of her health and is now due to return to court on January the 21st next year.

Managing Director Pipelines & Products Marketing Company (PPMC), Haruna Momoh, a strong ally of the former Petroleum Minister, Diezani Allison Madueke, and Diezani herself, believed to have reported to a London police station with regards to the ongoing investigation of alleged money-laundering and bribery leveled against her.

Haruna Momoh seen entering Charing Cross Police Station has been on US radar for a while, he is also on their visa ban list.

According to information from BBC journalist, Sam Piranty:

CONFIRMED Alison Diezani-Madueke  was at Westminster magistrates court at 10.AM this morning. The UK National Crime Agency [NCA] on Saturday revealed that the former Minister of Petroleum, Deziani Allison-Madueke had been under investigation by the agency since 2013.

Deziani and four other People were arrested on Friday in London alleged bribery and Money laundering offences.

Five people were released on bail on Friday, the U.K.’s National Crime Agency said on its website, without identifying them. A spokeswoman at the agency declined on Monday to comment further.

According to the website of NCA, the investigation commenced in 2013 under the Proceeds of Corruption Unit, and transferred to the NCA earlier this year.

Details will be provided as they unfold…