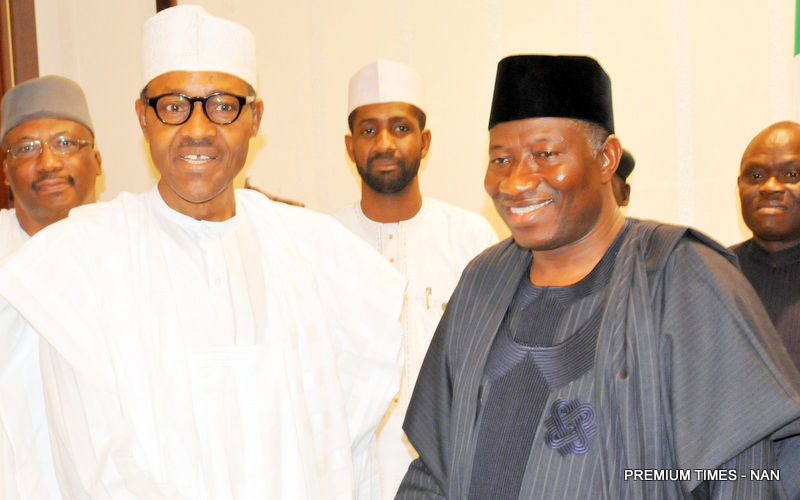 The immediate past president is currently meeting with his ministers…details later.

We, the Ministers who served under the President Goodluck Jonathan administration, have watched with increasing alarm and concern the concerted effort by the Buhari administration and members of the All Progressives Congress (APC) to condemn, ridicule and undermine the efforts of that administration, in addition to impugning the integrity of its individual members.

While we concede that every administration has the right to chart its own path as it deems fit, we nevertheless consider the vilification of the Jonathan administration, to be ill intentioned, unduly partisan, and in bad faith. The effort that has been made to portray each and every member of the Jonathan administration as corrupt and irresponsible, in an orchestrated and vicious trial by media, has created a lynch mentality that discredits our honest contributions to the growth and development of our beloved nation.

We are proud to have served Nigeria and we boldly affirm that we did so diligently and to the best of our abilities. The improvements that have been noticed today in the power sector, in national security, and in social services and other sectors did not occur overnight. They are products of solid foundations laid by the same Jonathan administration.

Contrary to what the APC and its agents would rather have the public believe, the Jonathan administration did not encourage corruption, rather it fought corruption vigorously, within the context of the rule of law and due process. For the benefit of those who may have forgotten so soon, it was the Jonathan administration that got rid of the fraud in fertilizer subsidies, which had plagued the country for decades. This helped to unleash a revolution in agricultural production and productivity.

It was also the Jonathan administration that supported the institutional development of strong systems and mechanisms to curb corruption in the public service and plug revenue leakages. These included the development of the Government Integrated Financial Management Platform, The Single Treasury Account (TSA), and the Integrated Personnel and Payroll Management Systems (IPPIS), in addition to the biometric registration of civil servants and pensioners which saved the country over N100 billion paid to ghost workers and ghost pensioners.

To ensure greater transparency and integrity in the oil and gas sector, the Jonathan administration ordered investigations and put mechanisms in place to check the theft of Nigeria’s crude oil. It was also under the Jonathan administration that a Nigerian Content policy was introduced, which opened up that sector to Nigerians in a manner that was not previously the case. It was also the Jonathan administration that mobilized and secured the support of our neighbouring countries to ensure a robust multinational response to the menace of terrorism and insurgency, resulting in notable advancements in the fight against terror. President Jonathan personally initiated the collaboration that led to these advancements and ensured that Nigeria provided the needed financial support for the Multinational Joint Task Force.

It was the Jonathan administration that repaired and rehabilitated over 25,000 kilometres of our nation’s roads. Nigeria also became a profitable and preferred investment-friendly destination. It was under President Jonathan, for example, that Nigeria’s electric power sector became more competitive and attractive to local and foreign investments.

The same administration promoted the rule of law, free speech, fundamental human rights, and a robust freedom of information regime. Women’s rights to participate in public life and the Federal Character principle as well as other Constitutional principles were also respected. In every respect, our administration promoted inclusive governance and encouraged all stakeholders including the private sector to play key roles in the transformation of Nigeria.

It should also not be forgotten that the Jonathan administration strengthened electoral institutions and created a peaceful environment for democracy to thrive. On this score, it is sad and ironic that the chief beneficiaries of that same legacy are the most vociferous today in condemning President Jonathan and his team.

Perhaps the new administration and the APC would be sincere enough to publish the details of the hand over notes they received.

President Jonathan’s achievements in moving this country to greater heights deserve to be duly acknowledged. We urge President Muhammadu Buhari to build on these achievements.

We also urge him to press on with the anti-corruption fight, but in a fair and non-partisan manner, in line with due process, and not as a political witch-hunt.

The various lies and fabrications being peddled by some self-appointed spokespersons of the administration may entertain the unwary, but such sensationalism may achieve the unintended effect of de-marketing our

country within the international community. All such persons playing to the gallery for whatever gains should be called to order. The name-calling of members of the Jonathan administration and the trial by news media should also stop.

We encourage President Buhari to continue with the probes, but this must be in strict accordance with his oath of office to treat all Nigerians equally and with the fear of God.

We have reserved our comment until now, in the fervent hope that once the euphoria that may have inspired the various attacks on the past administration wears off, reason will prevail. But we are constrained to speak up in defence of the legacy of the Jonathan administration, and shall do so again, for as long as those who are determined to rubbish that legacy, are unrelenting in their usual deployment of blackmail, persecution, and similar tactics.

Buhari congratulates D’Tigers, assures of full support ahead of Olympics