HEDA petitions ICC, urges intervention to the fate of Minority Muslims of Rohingya 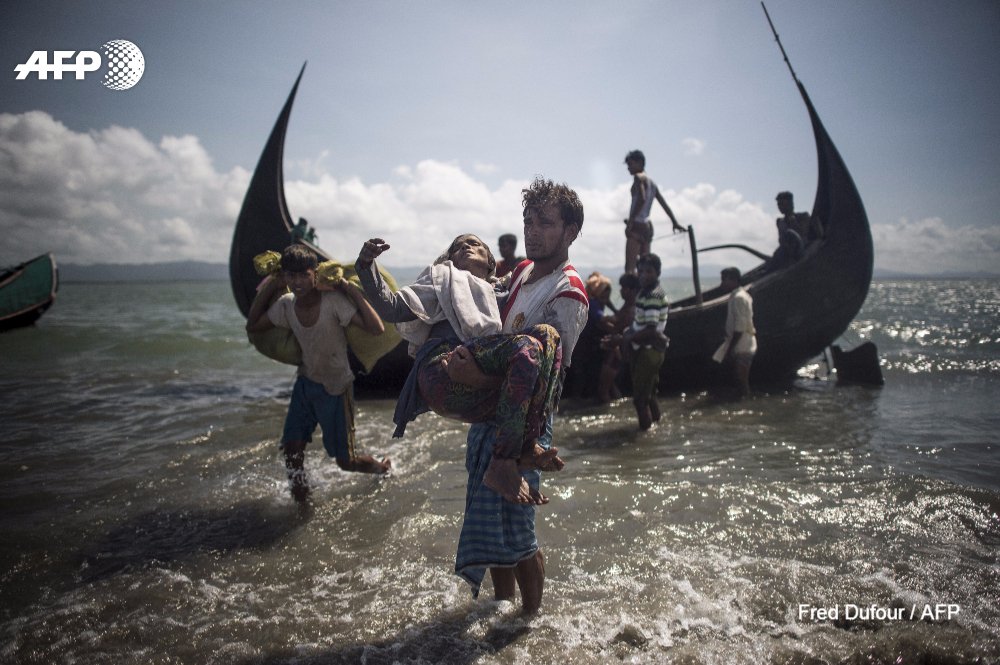 A non-governmental organisation, Human and Environmental Development Agenda [HEDA Resource Centre], has urged the  International Criminal Court (ICC), to intervened in the fate of minority Muslims of Rohingya.

HEDA, which has a Special Observer Status with the UN ECOSOC, stated in petition signed by its chairman, Mr. Olanrewaju Suraju, that its findings revealed the callousness and unfairness of the Myanmar’s military troops and government have been to the minority Rohingya.

According to HEDA in the petition addressed to Madam Fatou Bensouda, the Prosecutor in the Office of the Trial Prosecutor (OTP) at the ICC, the centre said it has learnt that the issue is a great concern to the United Nations, but yet nothing drastic is done to end it or provide the much needed support to people Rohingya.

The petition reads: “Al-Jazeera online news channel_ dated the 15th day of September 2017, revealed that UN authorities have called on the Myanmar government to stop its campaign against the minority Muslims in Rohingya. With this report, there is no iota of doubt that citizens of Rohingya are currently the most maltreated and repressed people in the world; they are not allowed to leave Rakhine state without government permission since 1970s_. As a result, Rakhine state has become one the poorest states in Myanmar with ghetto-like camps and lack of basic infrastructure, services and opportunities.

“According to the International Organization for Migration (IOM), this restriction has forced nearly one million of Rohingya to flee either by land or boat to neighboring countries of Bangladesh, Malaysia, Thailand and other Southeast Asian countries in the last few decades, due to widespread persecution. During these fracases, some of them have been raped, tortured, burnt and even murdered by the Myanmar security forces.

“According to International Human Rights Clinic at Yale Law School in 2015, Rohingya people were initially given citizenship under the generational provision, which made several Rohingya served as parliament at that time. But after the 1962 military coup in Myanmar, things changed histrionically for the Rohingya, they were given foreign identity cards instead of national registration cards.”

The petition reads further that, “Media reports further revealed that for them to obtain the basic level of citizenship_, their residency in Myanmar must predate 1948 and their eloquence in one of the national languages. Many Rohingya could not access this paperwork or they were denied access to its availability. This in turn limited their rights to study, work, travel, marry, practice their religion and access health services.

“To worsen the situation, in 1982, a new citizenship law was passed, which finally rendered the Rohingya stateless, their recognition as one of the country’s 135 ethnic groups was withdrawn_. This law also denied them the right to cast their vote and if they peradventure hurdle through the citizenship test loops, they have to identify themselves as naturalized. They are also restricted in respect to certain profession of study; like medicine, law or running for public offices.”

HEDA noted further that, “According to various report on August the 25th, 2017, violence broke in Rohingya when armed men from the Arakan Rohingya Salvation Army (ARSA) launched a raid on police outposts and an army base. This made Myanmar’s military troops to fire back indiscriminately at unarmed Rohingya men, women and children, with fires burning in at least 10 areas of Myanmar’s Rakhine State, claiming almost 400 lives in that singular attack and rendering 176 Rohingya villages completely empty.

“The results of our findings as highlighted above show how callous and unfair the Myanmar’s military troops and government have been to the minority Rohingya. They have not failed to protect the sanctity of the land but brought untimely death to the lives of innocent citizens and committed conscious acts of genocide against the citizens.

“These inhuman acts have led to the migration of 400,000 of Myanmar’s minority to neighboring Bangladesh _under very difficult circumstances and some of them are denied access, detained and forcibly returned to Myanmar by Bangladesh’s border guards. This is rendering thousands of Rohingya stranded in a no-man’s land between the Myanmar and Bangladesh borders according to the UN refugee agency (UNHCR).”

The centre also revealed in the petition that, “Media records of October 2016 _reported the Myanmar government as claiming fighters from an armed Rohingya group killed nine border police which informed the genocidal act of the government on the villages in Rakhine state. This troops were however accused of an array of human rights abuses, including extra-judicial killing, rape and burning. However, the Myanmar government denied all of the allegations.

“Amidst the above issues, in November 2016, a UN official accused the Myanmar government of carrying out ethnic cleansing. _Also in April 2013, Human Rights Watch (HRW_) said Myanmar was conducting a campaign of ethnic cleansing against the Rohingya.

“We are also aware that in August this year, the UN Secretary General_, Antonio Guterres has also referred to this situation as ethnic cleansing. Considering the escalating death toll and number of injured from  the latest onslaught, Guterres therefore calls for an urgent intervention of the UN and different NGOs to provide humanitarian support in order to return normalcy to the land. He also advised the Myanmar government to either grant the Rohingya citizenship or provide a legal status that would allow them live a normal life.

“We are duly informed that this matter has been of great concern to the United Nations, and yet nothing drastic is done to end it or provide the much needed support to people Rohingya. As a civil society organization, we are of firm conviction in the capacity of the International Criminal Court (ICC), in the protection of victims and potential victims from crimes against humanity, ethnic cleansing and human rights abuses as presently visited on Muslim minorities in Myanmar.

“We have taken it upon ourselves to protect, defend and promote the values and ethos of fundamental human right upheld by the International Criminal Court. We believe firmly that unfair treatment to humanity manifest in more than one way and the worst form of it is to dishonor and unjustly treat those who deserve otherwise.”

Conclusively, HEDA submitted that, “On the basis of the above narrative, we hereby urge the International Criminal Court to step into the gross human rights abuses by de-escalating this situation, re-establish law and order, scrap restrictions on movement of Rohingya, ensure the protection of civilians, investigate and prosecute those responsible for the crimes alleged and confer refugee status on migrants who fled from persecution from Myammar into Bangladesh, pending their return to safety of their homes,” the petition reads.

Every Nigerian Life Matters: A Letter to President Buhari