How Delta scholarship board scribe diverted millions through 28 fake accounts 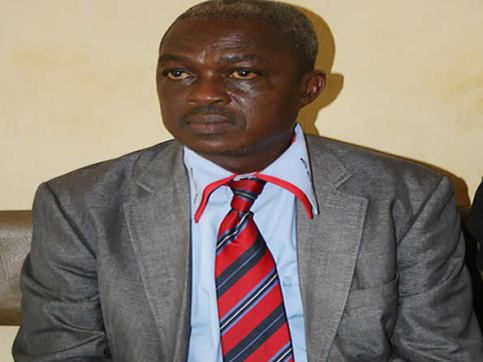 Joy-Ochonu Idoko, a prosecution witness in the ongoing trial of Peter Amromanoh, Executive Secretary Delta State Scholarship Board and his accountant, Andrew Boji Nkwor before Justice F. N Azinge of the Delta State High Court sitting in Asaba by the Economic and Financial Crimes Commission [EFCC], today told the court how the accused persons opened 28 fake bank accounts through which bursary payments meant for bona fide students of Delta state origin were diverted.

At the resumed hearing of the case Tuesday, the EFCC, through its counsel, Steve Odiase, presented three witnesses: PW1, Chief Emmanuel Aworo, the software engineer/consultant engaged by the board to computerize and automate its system for easy access by all Delta students ; PW2, Eloho Otiede, a staff of Keystone bank (former Bank PHB) and account officer of the first accused and the state scholarship board, and PW3, Joy- Ochonu Idoko a Senior Detective Superintendent with the EFCC.

While being led in evidence by Odiase, Idoko told the court how investigation by the Commission into a petition alleging fraud in the disbursement of Delta State Scholarship funds, discovered that some of the touted beneficiaries were not real.

“In total about 3,567 names were found to be fake…from the banks we discovered upon analyses that, about N1.55billion and some fractions was released to the board by the Delta state government, N771.7m was disbursed to benefiting students as bursary.

“About N38.7m was said to have been expended for administrative purposes, while N24m could not be accounted for,” Idoko revealed.

Investigations also revealed a flurry of activity in the personal account of the first accused domiciled in same bank within the period of 2009-2012, with withdrawals to the tune of N24 million through his account officer Eloho and cash deposits of about N19million.

Amromanoh could also, not explain investments running into millions fixed in joint account with his wife as the later claimed she was not aware of the fixed deposit in their names. Amromanoh’s earnings as revealed by his pay slips which were tendered in evidence could not explain the source of the funds in question.

Prosecution tendered and the court admitted in evidence, despite vigorous objections from APA Ogefere counsel to the accused persons, various documents which includes; Statements of the accused persons, letters sent to various institutions (University of Port Harcourt, Adekunle Ajasin University, Delta State University, Universities of Benin & Maiduguri, Federal Polytechnic Offa, and the Institute of Management Technology, Enugu) and their responses.

Justice Azinge then adjourned the hearing to December 9, 2015.