How Gov Okorocha Made Nnamdi Kanu King In Owerri On Tuesday 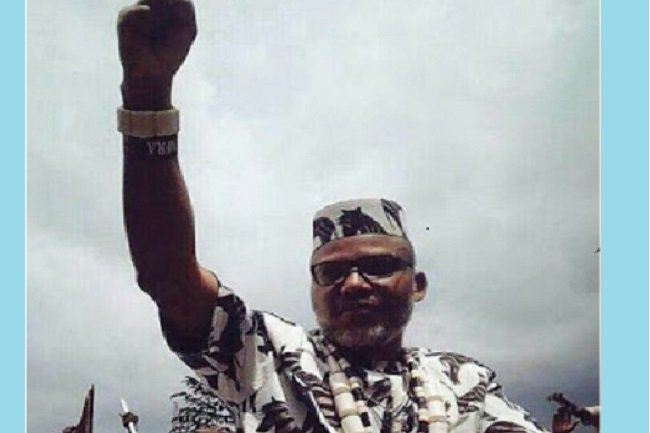 An eyewitness who witnessed the events in Owerri, the capital city of Imo State has narrated the sequel of events in the city between Mazi Nnamdi Kanu and the state governor, Rochas Okorocha, that gave Mazi Kanu a heroic welcome.

Narrating to Elombah.com, he wrote:

“For those that did not know what happened in Owerri yesterday between Nnamdi Kanu and Rochas Okorocha, this is exactly what happened…

The Governor summoned the commoners, he locked all the markets to ensure compliance. They were to meet him at the Dan Anyiam stadium Owerri.

The people suspected he wants to use them for another political point to show that the people are with him and not with Nnamdi Kanu and His Biafra “ignoramuses” as you, very enlightened people call them.

They hoisted the flags all over the stadium. They waited for their Governor for more than 4 hours,  he didn’t show up.

Information filtered in that he has asked them to reconvene at Heroes Square, some said ICC, some, Freedom Park. Some people marched to these venues and the Governor did not show up in any of these venues.

Immediately the crowd surged, persons numbering more than one million people came out to have a glimpse of this circumstantial hero and “fraud” as you Mr and Mrs integrity refer to him.

The noise was tumultuous, motorists stopped, the police and traffic personnels’ joined the entire people to sing and wave at that man you labelled a “fraud”.

Thousands of people came, even from other Cities, ignoring the heavy downpours.

The joy in the faces of these illiterates whose voices you hate to hear whenever they chant Biafra, was emotionally overwhelming.

The people have chosen their leader!

“The other political office holder(s) is(are) having a very lonely stroll along the corridor of leadership.” [End.]

In the long run, the crowd that Okorocha mobilised to detract from Nnamdi Kanu’s visit ended up being the same crowd that cheered and made the day.

In the words of the former Aviation Minister, Chief Femi Fani Kayode, “not one of them can defeat Nnamdi Kanu in a free and fair election ANYWHERE in Igboland today.

“If they doubt that perhaps they should try putting it to the test,” he added.

The Lion Of The East (Part Two) ~ By Femi Fani Kayode