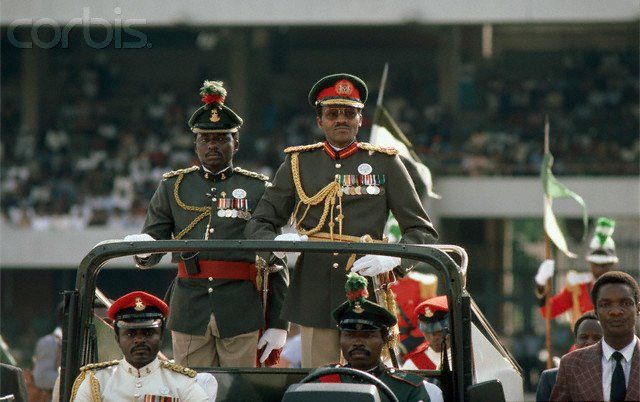 I was almost twenty years old and was already working at the defunct NEPA when Alhaji Shehu Shagari was sworn in for his second term as Executive President in October 1st 1983 after a very controversial election in which he supposedly won by the infamous “landslide” victory.

Shagari was a secondary school teacher turned politician, who had served as the Federal Commissioner for Finance under the military administration of General Yakubu Gowon between 1971 and 1975.

He was far less qualified for the post of the president and not as cerebral, educated or experienced as Chief Obafemi Awolowo and Dr Nnamdi Azikiwe who contested for the office against him twice.

Thus, he was not expected to be a fantastic president and he truly wasn’t, but he did his very best during his over four years rule.

Salaries and pensions were never owed during his tenure.

Food was cheap, daily provisions were affordable, electricity was constant, unemployment was pegged at single digit and the economy grew at a modest pace.

If my memory serves me right, a plate of rice and chicken was then sold at 10k at Unilag cafeteria .

Then came Buhari after a successful coup that toppled Shehu Shagari on the 31st December, 1983.

Under the Buhari administration, political office holders were arrested, tried by military tribunals and sentenced to very lengthy jail terms.

Even those, especially from the south like Pa Adekunle Ajasin, who were found innocent by the tribunals, after multiple trials, were not spared from being jailed.

While the media feasted on the trial of politicians and created the impression that the Military regime was a populist and corrective one aimed at curbing the excesses of politicians, the retrogression in the economy as a result of the ineptitude of the military junta was ignored and the country drifted from economic prosperity to austerity and finally to recession.

Household items such as milk, salt and sugar became essential commodities. We started queuing to obtain these items. Rice became a luxury.

Companies were closing down left, right and center. Unemployment became rife. That was the first time we were to experience economic recession in the history of the country.

As if the economic woes and hardship created by the military junta were not enough, the government became brutal and tyrannical.

It introduced the war against indiscipline and also clamped down on the press. Civilians were subjected to all manners of brutality by the military.

You could be brutally horsewhipped and frog-jumped for just crossing the road, rather than using the footbridge.

A lot of civil servants were frog jumped in their suit and tie in Marina Lagos, for just crossing the road.

While we were still grappling with these terror, there was a botched attempt by the military government to kidnap Umaru Dikko in the UK and bring him back to Nigeria in a crate, thus leading to a diplomatic row between Nigeria and the United Kingdom.

Fast forward to 2015. Buhari took over from Jonathan as a democratically elected president.

He inherited the largest economy in Africa with a GDP of $510 billion and the third fastest growing economy in the world and Africa’s preferred destination for foreign investments.

These are claims that are verifiable and have been confirmed by the World Bank and other reputable financial institutions.

Buhari himself attested to these facts in his Chatham House lecture of February 2015 when he said:

“After the rebasing exercise in April 2014, Nigeria overtook South Africa as Africa’s largest economy. Our GDP is now valued at $510 billion and our economy rated 26th in the world.

“Also on the bright side, inflation has been kept at single digit for a while and our economy has grown at an average of 7% for about a decade.”

Where are we today after eighteen months under an administration that heralded itself with so much promise?

Inflation has gone up from only a single digit in just eighteen months to 18.9% according to CBN. But in reality it is over a 100%.

The CBN rate largely caters for those in government and their cronies, while the parallel market rate caters for us, the lesser mortals.

While government officials and their cronies have unrestricted access to foreign exchange from the CBN, manufacturers and businessmen are forced to source for forex from the parallel market.

This, thus leads to high cost of production and closure of a lot of businesses and subsequent unemployment.

Presently, the country is experiencing its worst unemployment record in history as jobs are being lost daily from all the sectors of the economy.

While the economy is being run on a trial and error basis, just like an inexperienced mechanic handling a sophisticated vehicle, foreign investors, who hitherto used to flood the country, have lost confidence in our economy and they have been leaving the country in droves.

From a robust economy, the country has degenerated to recession in just eighteen months under the leadership of Muhammadu Buhari just as it was in 1984.

If you were over sixteen years in 1984 and you campaigned and voted for this government, you have no right to complain about the present economic hardship because you are part of those who foisted this calamity on us.

Saying that Jonathan was not an option is not just silly, but infantile.

If you hated Jonathan that much, you could have voted for Prof Oluremi Sonaiya of the KOWA party, rather than Buhari, given his antecedents.

But if you were less than sixteen and you voted for this government, your action could be taken as a mistake or naivety, given the propensity and power of the APC propaganda machinery during the last election.

So I ask again, how old were you in 1984 and what was your role in foisting this catastrophe on us?.

What manner of broom & change witchcraft is this? – by Fani Kayode