How SARS Was Formed, By Rtd CP Midenda 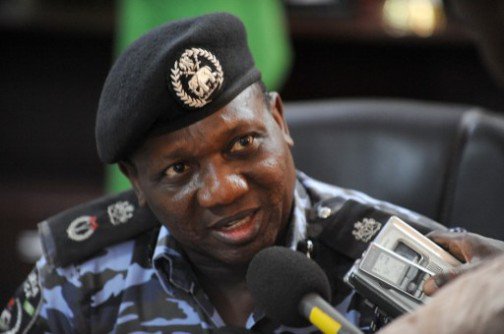 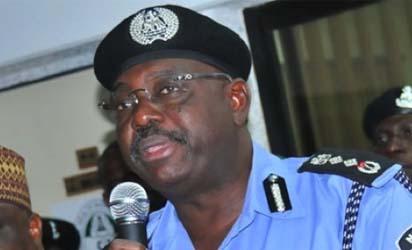 Mr. Simeon Danladi Midenda, a retired Commissioner of Police, was the Nigerian Contingent Commander to United Nations Mission in Bosnia and Herzegovina in 1998. In the mission, he was appointed Deputy Chief of Operations in Mostar Region. He was Assistant Commissioner of Police in charge of Criminal Investigations Department, CID, in Umuahia, Abia state, and other numerous positions he held before retirement.

He spoke volumes about SARS.

SARS was founded by me in 1992. For a proper understanding of this, historical background to its formation is relevant. Anti-Robbery as a modus operandi of the Nigeria Police Force for combating armed robbery has been as old as the Police Force itself. As a unit also, anti-robbery had always existed in all Criminal Investigation Departments at Force Headquarters, Zonal and State Command levels. To claim that I founded SARS, therefore, requires explanation.

Historical background In 1992, Col. Rindam. a military officer from Plateau State met his death at the hands of police operatives at a check point in Lagos. Upon discovery of that, the army took to the streets in Lagos in search of any policeman. As a result, policemen abandoned the streets in Lagos and withdrew to barracks. Robbers then had a field day in Lagos, operating with impunity. It took two weeks of talks before the military and police authorities succeeded in convincing the army chaps to return to barracks and for the police to come back to the roads. By that time, it was too late. Armed robbers were in control in Lagos and the like of Shina Rambo could not be challenged by any force. At this time, I was in-charge of Anti Robbery Unit of the State CID in Benin. Benin was notorious for armed robbery but my unit and I brought the armed robbers to their knees forcing them to flee out of Benin. Then one day. I was summoned to the office of the Commissioner of police in Benin and when I got there, the Commissioner of Police handed over a copy of a signal message from the Inspect-General of Police for me to read. The IGP then was Alhaji Aliyu Attah. The message was simple: “CP, I congratulate you. I have observed with keen interest that no robbery was recorded in Benin for the past nine days.” The CP looked up at me and said have you seen that? It is from the IGP himself”, I replied “yes sir”.

He then gave me some words of encouragement and asked me to keep it up. Not quite one month after this and amidst happenings in Lagos, the then Commissioner of Police in Benin, Late James Danbaba was moved to Lagos. Barely one month after, I was also transferred to Lagos but the then CP Osanaye, who took over from Mr. Danbaba refused to release me and wrote a letter of appeal to the IGP requesting him to rescind the decision to transfer me out of Benin. A week later, a bombshell came from the IGP. I was ordered to report in Lagos within three hours. This time, I was a Superintendent of Police. Formation of SARS I reported in Lagos as ordered. I met late James Danbaba as the Commissioner of Police, Sir Mike Mbama Okiro, former IGP and the present Chairman, Police Service Commission, as Deputy Commissioner of Police, Operations and late Abdulyekini Adoeye, as the Deputy Commissioner of Police, Administration. They asked me to set up an anti-robbery team strong enough to make sure robbers were dislodged from Lagos. To start with, fifteen fully armed men and two plain coloured Peugeot station wagons were given to me. Mr. Taiwo Lakanu, now an Assistant Inspector-General of Police, AIG, was appointed my second in command. It must be noted that at this time, there were already three anti-robbery squads operating in Lagos. One, that of Force CID, Alagbon Close but based at Adeniji-Adele, one attached to Zone two command and the third at Panti, Lagos state CID.

With the existence of these three separate anti-robbery units already operating in Lagos therefore, I needed a name that was unique with which my own team was to be called and communicated with. After several days of trying to coin a name, I failed to come up with a unique name, catchy and strong enough to send a message that somebody different was in town. At the end, I simply added the word ‘Special’ to the already existing Anti-Robbery Squad and it came up with “Special anti-Robbery Squad” abbreviated as SARS. That was how the name SARS came into the Nigeria Police vocabulary. Before this time, Special Anti-robbery Squad as a name or the abbreviation SARS never appeared in any kind of police communications. Modus Operandi The secret behind the successes of the original SARS was its facelessness and its mode of operation.

We operated in plain clothes and used plain vehicles that could not be associated with security or any government agency. Members could not carry Walkie Talkie openly talk less of guns. With the spate of robberies in Lagos, we realized the danger of carrying weapons openly. We also realized that by carrying weapons openly, we have destroyed the element of surprise. We will now be known by robbers while they will remain unknown. We were fully combatant and combat ready at all times. We stayed under cover while monitoring radio communication of conventional police operatives. As soon as robbery was reported anywhere in Lagos, we went out with speed, each team to a predetermined location.

At our various locations, we patiently waited while the conventional policemen continued to chase the robbers around Lagos. In their bid to escape, the robbers almost always fell into our traps and met their waterloo. All robbers arrested in combat had no option but give us details of their composition and numbers of the operations they had carried out before their arrest. This information were used to solve previous cases of robberies and gave us names of other robbers still on the loose to go after. We never stood on the road looking for robbers. We met them in their beds. We did not also receive direct complaints from members of the public but allowed the DPOs to do their job and hand over to us established cases of armed robbery for further follow up action.

In the same vein, alter taking over a case from DPO but failed to link their suspects with any robbery, we usually sent them back to the DPO for them to be charged with lesser offences.   Challenges Our operations were not without challenges. Chief among difficulties was the issue of injured robbers. It is highly difficult to arrest a robber without application of force except, probably, if he is met at his place of leisure. Robbers arrested during shoot out will most likely be dead or injured. The injured ones were those giving us information and preserving them was most paramount to us. There was no money voted for treatment of injured suspects. So, when we took suspects to hospitals, we paid from our pockets. Courts also were not receiving injured robbers except when they were properly treated. If we struggled to meet up with the requirements of the court, the same rejection awaited us at the prison. Another challenge was the risk of our lives. Any day we went out on operation, none of us was sure of coming back alive. In the eight years I headed SARS in Lagos, I lost twelve operatives and sixteen informants to robbers. Our being underground saved most of us. SARS at present SARS as earlier conceived, operated as I have analysed for eight years while I remained as the head. Until the year 2002 when I was transferred to head the state CID in Umuahia, SARS never existed outside Lagos.

Today, SARS exists in every state command. How it got to where it is today, I have no knowledge. One thing that is clear to me is that they have deviated from the original concept. The controversies engulfing SARS today will not disappear unless they return to the original concept. They should undergo reorientation and thereafter, disappear from public view and remain faceless. They should avoid receiving direct complaints from members of the public as most cases received that way will eventually be civil issue but printed in armed robbery colour. On Control from Abuja SARS from its inception is a crime fighting outfit.  They are to respond instantly to robberies as they occur.

For it to be effective, it needs to be under someone who will instantly call them out as incidents occur; someone who will monitor and modify their operations as they progress.  Such functions can’t be performed by a Commissioner of Police in Abuja as SARS are located in all the states.  The command Commissioners who confront robbers as events are unfolding should take charge.  They are there on the spot.  Cases of unresolved robberies should be left to the State Criminal Investigations Departments to investigate.  Anybody claiming to be SARS Commissioner of Police in Abuja cannot directly monitor and control operations as robberies occur.

Youths Leader Secures The Release Of 10 Inmates In Adamawa