“The Inspector General of Police must immediately release this University teacher and allow him enjoy his constitutionally protected human rights”. 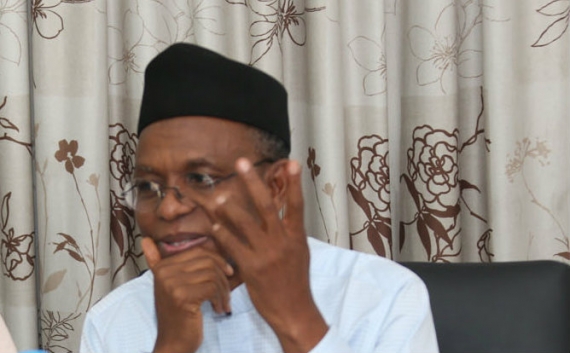 HURIWA, thereby, called on the Inspector General of Police Mr. Solomon Arase to order the Kaduna State Police Command to release without delay this Nigerian citizen in compliance with the human rights provisions of chapter four of the constitution of the Federal Republic of Nigeria of 1999 [as amended] which guarantees freedoms of speech and movement.

The group said it is regrettable that at a time the World has moved on rapidly towards the promotion and protection of the Rights to free speech and democratic values, the Nigeria police is behaving like a fifth columnist to paint Nigeria bad as a despotic Banana Republic.

In a media statement issued and signed jointly by the National Coordinator Comrade Emmanuel Onwubiko and the national media affairs director, Ms Zainab Yusuf, HURIWA said the arrest by the Nigeria Police of this Nigerian citizen for only exercising his constitutionally guaranteed freedoms in a democratic dispensation is abysmal.

According to the group, his arrest only because he is opposed in principle to the styles of governance of his home state of Kaduna by Governor Nasir El’Rufai amounted to a grave infringement of his fundamental human rights.

The Rights group demanded that the Kaduna state police command must respect constitutional democracy and stop the excessive abuse of power by violating flagrantly the human rights of perceived political opponents of the allegedly prosperous governor of Kaduna State.

“We are alarmed that almost 17 years, or more, since the advent of the current democracy, the operatives and officers of the Nigeria Police Force are still availing themselves of their services to political office holders.

“All for the sinister purposes of violent and physical harassment and intimidation of political opponents who are only exercising their constitutional freedoms such as Freedoms of Expression, movement and peaceful assembly.

“The arrest today of this Kaduna-based frontline activist, Dr John Danfulani is coming few days after the Kaduna State police command invaded, in a Gestapo fashion, the campus of the Kaduna State University.

“The invasion was to issue threatening warning to the Vice Chancellor to produce his staff Dr Danfulani John for allegedly criticizing Kaduna State governor is absolutely condemnable.

“It is an act of tyranny which is totally rejected because it is not only offensive against the tenets of democracy but is a draw back on the few gains that Nigeria has made in the area of advancement of democracy.

“The Inspector General of Police must immediately release this University teacher and allow him enjoy his constitutionally protected human rights”.

The Fierce Urgency of Igbo Rebirth