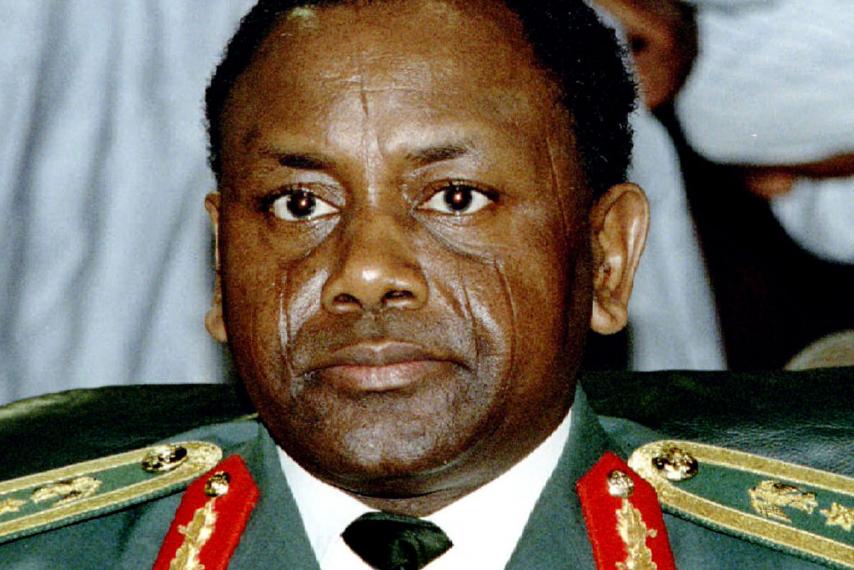 A pro – democracy and Non-Governmental organization – HUMAN RIGHTS WRITERS ASSOCIATION OF NIGERIA (HURIWA) has stated its resolve to write the government of Switzerland to ask for the repatriation of Nigeria’s $321 million Abacha loot to be put on hold till after the 2019 election to stop it from being re-looted.

The Rights group further said it would try to convince the Swiss administration to put the cash in an escrow and interest yielding account on behalf of the oppressed people of Nigeria until after the 2019 presidential poll because the atmosphere in Nigeria does not permit for openness, transparency and accountability at these moments under President Muhammadu Buhari.

“We believe that if these huge sums are repatriated now back into the hands of the political hawks and members of cabal in the presidency, the fund will surely disappear into private pockets and some fractions of the fund could be invested in seeking for a second term for president Muhammadu Buhari and could therefore jeopardize free, fair, peaceful, transparent and widely acceptable presidential polls in 2019.

In a media release signed by the National Coordinator, Comrade Emmanuel Onwubiko and the National Media Affairs Director Miss Zainab Yusuf, HURIWA submitted that key cabinet members of the president Buhari’s administration including the Federal Attorney General Alhaji Abubakar Malami who announced the breakthrough about the imminent repatriation of the Abacha loot, are not committed to the vigorous campaign against corruption and crass violations of human rights by the government.

The Rights group said although the Constitution recognises that it is the duty of the Nigerian State to combat corruption and eradicate the rampant abuses of authority by public office holders, but it lamented that the current administration especially the Federal cabinet as currently constituted are not persons that are compliant to the constitutional demands of probity, integrity and accountability.

HURIWA said there are existential and pragmatic evidence to believe that there is widespread official theft of public fund going by the ugly fact that the current administration claimed to have spent Trillions of Naira in the building of infrastructures but millions of Nigerians can attest to the reality that public infrastructures have for long collapsed and haven’t been revamped. The Rights group then wondered how these same public officials can be trusted to manage the Abacha loot if repatriated now as is being contemplated.

“These times are dicey. These times are dangerous particularly because of many reports of shady transactions amongst key federal cabinet officials of the president Buhari’s administration. The Nigerian National Petroleum Corporation is in a midst of $26 Billion contracts award scandal. The presidency is weighed down by serial cases of bribery and diversion of fund among which is the alleged diversion of over N300 million from the North East rehabilitation fund which led to the suspension of the secretary to the government of the Federation Babachir Lawal who is a personal friend of president Buhari. The Inspector General of police is in the midst of monumental allegation of fraud made by a top serving senator. Even the President is alleged to have approved the $26 billion contracts in the NNPC whilst he was on medical vacation abroad and wasn’t constitutionally allowed to carry on with such transactions which even required oversight by procurement board of the Nigerian State and the amounts approved by far exceeded the statutory threshold one person”.

HURIWA affirmed further:”The Federal Attorney General, the Interior Minister and the Head of service including the Federal Civil Service Commission are all involved in the scandal of the illegal reinstatement of the fugitive Alhaji Abdulrasheed Maina indicted in the alleged disappearance of N2 Billion public pension.”

“Also, the Directorate of state services has on two occasions written damaging dossiers on the acting chairman of the Economic and Financial Crimes Commission Alhaji Ibrahim Magu that due to alleged links to corrupt persons and alleged benefiting from corruption, he is unfit and improper to be made a substantive head of EFCC.”

Besides, the Rights group submitted that the National Assembly does not look independent and non-corrupt enough to be able to provide strong institutional oversight functions to ensure that if the $321 million Abacha loot is returned now, it will not be re-stolen.

HURIWA even said that previous media reports had quoted the current President as exonerating the late General Sani Abacha from the allegations of large scale heist of public fund just as it then asked how the President Muhammadu Buhari can now be expected to receive the repatriated fund which he as the then opposition politician had argued that Sani Abacha never looted public fund as military dictator.

“We have already asked our team to send a letter to the Swiss government to plead with them to keep the Nigerian peoples’ money in a safe custody pending the conclusion of the 2019 presidential poll. We strongly believed that the present alleged suffocating corrupt tendencies amongst officials will not augur well for the transparent use of that money.”

HURIWA recalled that the Attorney General of Federation and Minister of Justice, Abubakar Malami, had revealed that negotiation with Switzerland on the return of $321 million recovered from the late Abacha family had been concluded, adding that Nigeria recently recovered $85 million from the controversial Malabu Restrained Funds from United Kingdom.

HURIWA quoted Mr. Salihu Isah, Special Adviser, Media and Publicity to Mr. Malami as saying that the attorney general stated this in his opening remarks at the Pre-Global Forum on Asset Recovery, GFAR, Consultative meeting with the theme: Building an Ending Framework for Asset Recovery in Nigeria on Thursday in Abuja.

HURIWA further stressed that Alh.  Malami said further that with the conclusion of negotiation, the Memorandum of Understanding will be signed by parties at the Global Forum on Assets Recovery meeting coming up on December 4 to 6 in Washington and that the repatriation would follow within weeks as agreed by the parties.

HURIWA however said it will make presentations in writing to all the relevant political authorities of the Swiss government to convince them to keep back the Nigerian peoples’ money until such a time that a good government is elected after the 2019 polls.

HURIWA argued that the electioneering period for the 2019 polls has commenced and stated that the Abacha loot if returned now would be misused for political and selfish objectives.

Buhari’s Re-Election Campaign For 2019, Kick Off In Abuja