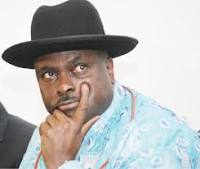 * James Wharton Said He Was Unaware of DfID’s Role

*Confirms investigation is on.

Chief James Onanefe Ibori’s Media Office has described as totally false and misleading the British Minister for International Development, Mr. James Wharton’s claim that he did not know the “details of the specific allegations that have been made in Nigeria against the United Kingdom and its Department of foreign Investment and Development (DfiD) and Ibori’s trial and conviction”.

However, importantly for Chief Ibori, Wharton told the Nigerian media in interviews in Abuja that ‘anyone who committed any wrongdoing in the (Ibori) corruption trial is made to face the full weight of the law, acknowledging possible criminal prosecutions of corrupt UK Police officers and prosecutors accused of misconduct.

The world has long known that the bedrock of the British Judicial system has always been it’s openness, transparency and that a defendant is innocent until proven guilty, it is excellent for all those concerned that the British Government, via a Senior Minister in the Department for International Development, have chosen to make it clear to the world that corruption in an investigative and prosecution team will not be tolerated. What surprises the world is that it has taken the British Government so long to make this statement.

In a press statement of Sunday September 4, 2016, Mr. Tony Eluemunor, Head of Ibori’s Media Office, said that the DFID Minister, Mr. James Wharton could not have been ignorant of such details since his attention has been drawn to the allegations several times, the last such occasion being as recent as 21 August 2016. Entitled “Bert de Boer Appeal Against Conviction In The V Mobile Case”, Mr. Lambertus de Boer wrote in the e-mail: Dear Mr. Wharton, Re: 1. Department for International Development’s Role in UK Prosecution of Ibori Cases and V-Mobile Case : James Ibori, Bhadresh Gohil, Lambertus de Boer & Daniel McCann (& others). 2. Police Corruption/Prosecutorial Misconduct (collectively known as: ‘DfIDgate’)

“I write to apprise you as an elected official and/or as someone responsible for the proper functioning and/or oversight of (a) the UK’s humanitarian aid agency – The Department for International Development (“DfID”) and/or b) the Metropolitan Police Service (“MPS”) in relation to the ongoing developments relating to the controversial DfID funded and pioneering MPS’s UK prosecution of James Ibori, the former Governor of the Delta State, Nigeria and various linked case(s), including mine, known as the V Mobile case.

It is important for you to note that whilst I do not oppose the fight on corruption, in emerging markets or anywhere for that matter, the issue with my case and the linked Ibori cases is that: The MPS Proceeds of Corruption Unit (“POCU”) investigations were flawed; Proper disclosure was not provided as expected by every defendant in the British Legal system; DfID was and remains completely conflicted, holding roles on steering committees, paymasters/investors with Ibori through CDC etc.; DfID’s wide ranging role as funder of the Ibori cases and V Mobile case was withheld; DfID’s and their subsidiary, CDC Group plc’s investments with James Ibori were withheld/hidden and never investigated; MPS POCU corruption now confirmed by the CPS to the Appeal Court; and Serious prosecutorial misconduct misleading both the Crown and Appeal Courts”.

The letter continued: “Over the past six months, much about the police corruption and prosecution misconduct has emerged, particularly through the recently aborted Bhadresh Gohil Perversion of Justice (“PoJ”) prosecution in January 2016. Post this case, at the unilateral request of the Director of Public Prosecutions, the National Crime Agency (“NCA”) has been appointed to undertake a comprehensive review (including the safety of the convictions) of the Ibori cases and the V Mobile case;  to consider whether adequate disclosures were made to the various defendants and to the Crown and Appeal Courts and other possible directions”.

De Boer had written a similar letter to Mark Lowcock, DfID’s Permanent Secretary. Lowcock, at the helm of DfID since 2008 and responsible for much of the Ibori case has been aware of the highly damaging allegations since 2012 yet throughout this period he has used all his efforts and DfID’s resources to cover up the scandal.  A number of prominent individuals including Priti Patel MP Justin Greening MP, Stephen Twigg MP and a number of others had all been notified.  The suggestion therefore that the Minister was not aware is simply unbelievable.

Correspondence is also known to have been sent to the British Parliament’s powerful Home Affairs Select Committee chairman Mr Keith Vaz, who himself has this weekend been caught up in a scandal exposed by the British papers Mail on Sunday and the Sunday Mirror.

Secondly, Mr. Eluemunor said in the statement, that Nigerians are in for more grand deceit as the official British government website, GOV.UK, claimed in a 2nd September 2016 publication, that through a new agreement Nigeria’s Attorney General Abubakar Malami and the UK Immigration Minister Robert Goodwill signed this week, on behalf of their countries, Britain will soon return over a billion Pounds to Nigeria. The UK Immigration Minister said: “Between April 2010 and March 2016, we seized a total of £1.2 billion from criminals, with more assets recovered in 2015 to 2016 than ever before”.

Mr. Eluemunor said that he decided to take this falsehood seriously, Firstly, the UK has not seized £1.2b from so called Nigerian criminals in the UK.  Also, the timing of its release is certainly no coincidence. This is because of the challenge Ibori and his associates are now mounting against the Police and prosecution team’s behavior leading to their convictions, and ultimately, the convictions themselves. So, if this is an attempt to further demonize Ibori, the British trophy anti-corruption case, it is likely to collapse under proper scrutiny.

Available records show that in 2015 and 2016 no new anti-corruption cases involving Nigerian officials took place in the UK.  In fact, since the Ibori case, both Nigeria and Britain closed shop on corruption and money laundering trials of Nigerian officials in London, once they achieved their nail-Ibori-goal at all costs using court manipulation and trumped up charges.

In fact, Ibori’s persecution was a special case with the connivance of both Abuja and London.  Most of all, Eluemunor said that “all the Ibori case- linked funds were seized in 2007-8 and not beyond that date. All Ibori’s funds remain restrained. Since Ibori’s conviction there has really been no other such case.