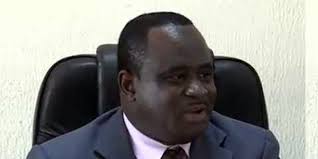 Nafdac Press Statement   – The Independent Corrupt Practices and Other Related Offences Commission (ICPC) has commended the efforts of National Agency for Food and Drug Administration and Control (NAFDAC) for being in the forefront of fighting corruption in the country particularly in the Pharmaceutical and food industries.

Chairman of the Commission, Barr. Ekpo Nta represented by Deputy Director in the Commission, Mr. Akeem Lawal made the commendation at the flag-off of a 3-day sensitization workshop for NAFDAC Staff in Enugu, organized by the Anti-Corruption and Transparency Unit (ACTU) of the Agency.

He said NAFDAC as an Anti-Corruption compliant agency has taken leadership through the instrument of ACTU to strengthen its system and put in place workable strategies that prevent corruption within the system and has helped immensely in the successes recorded in the fight against countefeit regulated products.

Earlier, the Director-General of NAFDAC, Dr. Paul Orhii represented by the Director of Special Duties, Dr. Abubakar Jimoh said in order to enthrone transparency, the Agency introduced e-Registration process through computerization to allow the client initiate and monitor his or her application for product registration from the comfort of their room.

This according to him has prevented the incidence of corruption hitherto associated with the process.

Speaking further, Dr. Abubakar said other strategies adopted by the Agency especially the use of cutting-edge technologies such as the TRUSCAN and Mobile Authentication Service (MAS) were deployed to check the incident of counterfeit on-the-spot and prevent fraudulent practices.

He attributed the huge successes recorded by the Agency especially the reduction of the prevalence of countefeit antimalarial drugs from 64% in 2005 to just 3.4% in 2014 to the multi-layered and well co-ordinated strategies that are antithetical to corruption.

Photos of weapons recovered from Boko Haram at Yobe State