Igbo Culture And Custodians Should Be Respected, First By The Igbos, Others 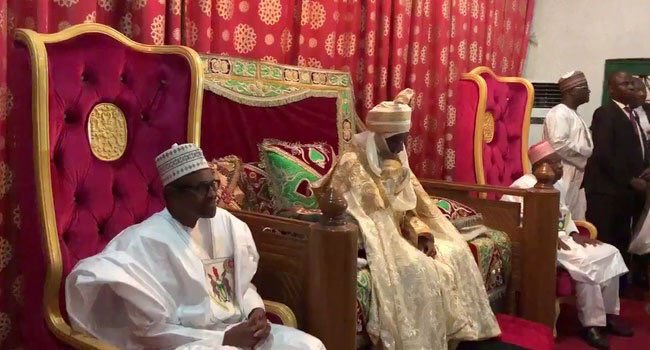 I don’t care about your opinion, socio-political affiliation. President Buhari is currently in Kano for a state visit but this is not the gist.

The gist is that from the airport, he was driven to the ancient palace of Emir of Kano, to pay homage to the Emir of Kano.

Note this: The President did not summon the Emir to come and meet him at the presidential guest house Kano.

He respected the traditional institution of Kano and went there himself to pay homage to the current occupant.

The same president was in Anambra last month and he ignorantly summoned Obi of Onitsha to come and see him in Awka, an invitation which appears to be denigration of the seat Obi of Onitsha is occupying.

Obi Chukwuemeka Achebe turned down the invitation because the so called invitation to leave his ancient seat and domain which is as old as Kano to receive the president at Awka should be an exception rather the norm.

APC disciples and supporters from Anambra state started baying for the blood of Obi of Onitsha. Some Resorted to pelting insults to some of us that condemned the act. To a point that a leading page online called “IGBOIST” deleted me due to my write-up.

They insulted the man, denigrated the seat which he is the current occupant and told him to go to hell.

I am from Imo state, but I respect IGBO culture and tradition to the core and wish to learn from men of integrity that would not mind whose ox is guts to do what is right.

Hope they are watching what Is going on in Kano, to see how it is done and how a president should respect the seat of a traditional ruler.

You see this thing called political correctness, it is a cancer and not good.

IGWE ALFRED ACHEBE, OBI OF ONITSHA. You earn my respect…

Before You Take Your Buhari, Atiku Fight To Extreme Levels