Ikpeazu also noted that the incident was a great loss not only to Chief Chika Okafor, owner of Chikason Group of Companies, an indigenous conglomerate with thirteen companies, but also  to the South Eastern people . 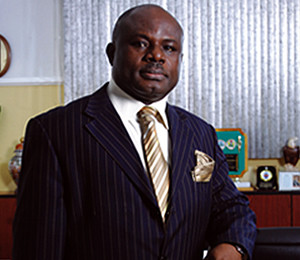 The Abia State Governor, Dr. Okezie Ikpeazu, has commiserated with his Anambra State counterpart, Chief Willie Obiano, and the Owner of Chikason Group of companies, Chief Chika Okafor, whose company, Inter Corp Oil Limited (an LPG Gas Plant), was gutted by fire resulting in the death of about 100 people in Nnewi, an industrial city in Anambra State.

Governor Ikpeazu also extended his heartfelt condolence to the families and relatives of the victims of the inferno and to the good people of Anambra State.

He described the incident as very painful and unfortunate and regretted that such mishap could happen at a time when the entire world was in festive mood, noting that the incident has spoiled the celebration for the Anambra people and Nigeria in general.

While lamenting the inferno and the attendant huge human and material loss, Governor Ikpeazu also noted that the incident  was a great loss not only to Chief Chika Okafor, the owner of Chikason Group of Companies, an indigenous conglomerate with thirteen companies, but also  to the South Eastern people and to Nigeria in general, as Chikason Group have come to be a reference point and one of the outstanding indigenous entrepreneurship in Nigeria today.

Governor Ikpeazu prayed to God to give Anambra people and particularly the families  of the victim the fortitude to bear this irreparable loss.