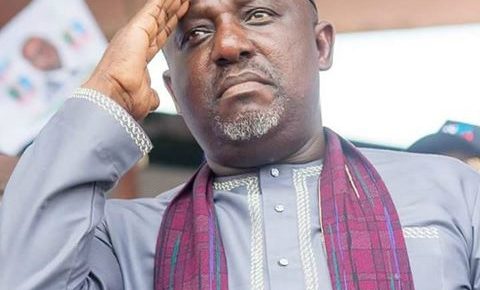 Following the formal withdrawal of the Anti-Media Bill on the floor of the Imo State House of Assembly, as demanded, a Civil Society Organisation, Media Initiative against Injustice, Violence and Corruption -MIIVOC, has called off its planned one hundred thousand (100,000) man-march in the state.

In a Statement, issued by MIIVOC, signed by its Executive Director, Dr. Walter Duru, the group said it decided to call off the planned protest, as the main demand, which was the withdrawal of the draconian anti-media bill had been achieved.

“Following the official withdrawal of the Anti-media Bill by its sponsor and Deputy Speaker of the Imo State House of Assembly, Hon. Ugonna Ozurigbo on the floor of the state Assembly, MIIVOC hereby notifies all its members and allies that the planned protest, earlier scheduled for next week Monday will no longer hold.”

“However, even as mobilization and every arrangements for the protest is suspended, we shall be vigilant, to ensure that it is not reintroduced in any other form.

“We therefore commend all our members and ally organisations, particularly, the Freedom of Information Coalition, Nigeria and other sister coalitions for their readiness and willingness to take the state by storm over the anti-masses bill.”

Duru however called on the State Assembly to consider adopting the Freedom of Information Act, as a way of promoting transparency and accountability in the State.

“The Freedom of Information Act is applicable to all levels and arms of government in Nigeria. However, the present state Assembly members could write their names in gold by adopting the FOI Act in the state.

“I have personally reached out to the Deputy Speaker to acknowledge his withdrawal of the Bill.

“I also assured him of our readiness to assist him in developing some draft legislation that will promote transparency and accountability in the state and the FOI Act is one of such bills.”

It would be recalled that MIIVOC announced its plan of a one hundred thousand man-march in Owerri, Imo State capital against the proposed bill to gag the media in the state by the State Assembly, describing it as anti-masses.

In an earlier statement announcing the planned protest, Duru said: “We are mobilizing citizens against this draconian bill.

“The state will not believe what will happen in the coming days; members of the state Assembly will realise that they are representatives of the people and not mere self-serving individuals and stooges of the executive arm.

“I hold strongly and nobody can convince me to the contrary, that whoever that does not want to be discussed should stay away from public offices.”

“Imo people are hungry and there is no semblance of good governance in the state.

“How does this bill put food on the table of Imo people?

“How does it entrench transparency and accountability in governance?

“The focus now should be on legislation that will improve the socio-economic well-being of the people, enhance security and check corruption in the state, and not this evil ploy.

“The bill should be discarded in its totality. It belongs to the dust bin and should be thrown away without delay.”