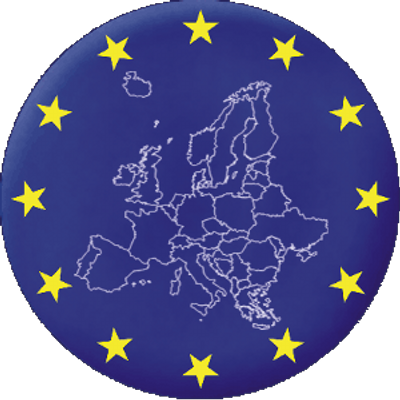 In the year 2016, 22,500 Nigerians cross Mediterranean in search of greener pasture, according to European Union (EU).

The European Union (EU) has expressed worry over 22,500 illegal migrants from Nigeria that crossed the Mediterranean Sea to Europe between January and September in 2016 as against 23,000 in 2015.

The European Union (EU) has expressed worry over the increasing number of illegal migrants from Nigeria to Europe which rose to 22,500 between January and September in 2016 against 23,000 recorded in 2015.

The Deputy Head of EU Delegation in Nigeria, Mr Richard Young, stated this on Thursday in Abuja during a seminar on how the EU work for Diplomatic and Foreign Affairs Correspondents. Young expressed concern that the number of Nigerians taking dangerous adventure through Mediterranean to Europe within nine months in 2015 is higher than those who did in 12 months in 2015.

According to Young, there has been huge increase in migrants crossing border without the right travel document to Europe from all over the world. “In 2014 the number of people travelling irregularly into Europe clinched 280,000 people, in 2015 it rose to 1.8 million in 2015.

“And between January and September 2016 the number is 22, 500,” he said. While expressing worry that all these people were passing to Italy through boat on Mediterranean he said that in 2016 3,700 people have drown in Mediterranean Sea, one in 50 people will drown. He however said that the EU had put in place measures to address illegal migrants from Nigeria which he said include the three ‘R’ policies of return, re-admission and reintegration for the illegal migrants.

Continuing, he stated that there is an agreement that the illegal migrants be sent back home and be empowered with vocational skills that could enhance their living in Nigeria, but the training would be done in Nigeria. “The second thing we are trying to do is tackling the smuggling routes, this is a complex issue.

“ We are trying to put in place some level of collaboration with the Nigerian Immigration Service, with NAPTIP to tackle this issue. He stressed that if the immigration issue was not addressed it might longer impact on the EU-Nigerian relationship. He therefore urged Nigeria to grow its economy and address poverty so as to address the root cause of illegal migrants