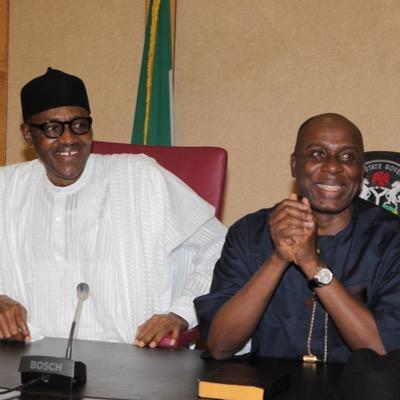 Rivers State Governor Nyesom Ezenwo Wike has declared that  the administration  started the process of infrastructural development afresh because the immediate past administration of Rotimi Amaechi squandered  resources that accrued to the state under his eight years  of misrule.

He said it was Amaechi’s  eight years  of misrule that made it impossible  for the former governor to construct a road to the hometown of his political  mentor , Chief Godspower Ake of the APC .

The governor  also urged the people of Rivers State  to rise up and pray to God to handle those working  with outsiders to disrupt  the political process  and  deny the Rivers people  representation at the Senate .

Governor  Wike spoke on  Sunday during  the 10th Anniversary Thanksgiving Service of the Omega Power Ministry in Port Harcourt   and  the Harvest Thanksgiving of Saint Luke Anglican Church , Rumuadaolu.

At the Saint Luke Anglican Church , Governor Wike said : “”Amaechi squandered the money of our people, using state  resources to sponsor elections in other places.

“”Because of the funds squandered  by Amaechi, we are starting the development  of  sstatewide  infrastructure  afresh.  For eight years, at a time that the state got approximately  N20billion monthly, that administration  failed to develop critical  infrastructure.

“”G..U Ake was Amaechi’s  political mentor. Yet for eight years, he denied his community the required access road. For us, we will continue  to ensure the development  of  infrastructure  in all communities  of Rivers State , irrespective of the  political leaning of the  people “.

He said: “The same God who ensured  that we overcame them in 2015, will answer our prayers”.

The governor  commended the General Overseer of Omega Power Ministry , Apostle Chibuzor Chinyere  for his commitment  to  the  welfare of  the  less privileged .

In his remarks , General Overseer of the Omega Power Ministry , Apostle Chibuzor Chinyere lauded  Governor Wike  for living up  to his promise of approving the building  permit of the church and also granting it certificate of occupancy .

He said all members  of  Omega Power Ministry , irrespective  of  their political party , love Governor Wike for his commitment to development  and  the welfare of the people.

Highpoint  of  the  10th Anniversary Thanksgiving Service of Omega Power Ministry was the handing  over  of the symbolic  Government House key to Governor Wike by Apostle Chinyere .

Warning to women: Systematic, innovative ways of scamming you online