Intersociety decries death of CSOs in the South West 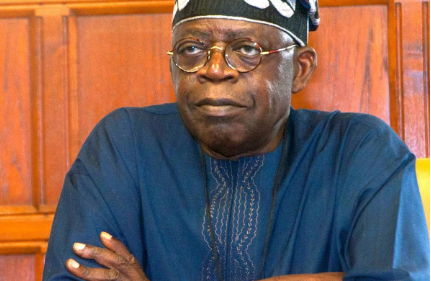 The death of Rights CSOs and their human rights advocacy activities in the Southwest Nigeria became noticeable prior to the 2015 General Elections.

It became full-fledged from June 2015 to date following the emergence of the Administration of Retired Major General Muhammadu Buhari.

Indisputably, Lagos and its surrounding States/environs served as Nigeria’s epicentre of independence, democracy and human rights struggles; reaching its peak from 1984 to mid-1999 during the military’s inglorious epoch.

The Lagos School of Human Rights and Democracy Free Speeches and Struggles contributed immensely and pricelessly to the country’s advancements in democracy, human rights and press freedoms with one of the arrowheads of the country’s dark eras being the current President of Nigeria, Retired Major General Muhammadu Buhari.

Sadly, the same Lagos School of Human Rights, Democracy and Press Freedoms and Struggles has been conquered, annexed and transformed into the country’s current epicentre of miseries, despotism and democratic barbarism; with same the Lagos School leading the way as its arch promoter, defender and advocate.

What breeds and saddens our heart most is not the collective decision of the Rights CSOs of Lagos extraction to collapse and nail the internationally best practices of human rights advocacy activities; but their refusal to leave the stage and retire into permanence of politicking.

Attempts by the referenced to probate and reprobate or eat their cake and have it, have resulted in brutal corruption and bastardization of core human rights, democracy and justice values in Nigeria, to the extent that heinous rights abusers are now labelled “international human rights defenders”; with their image laundered nationally, regionally and internationally on daily basis under what look like executive scripted and oiled circumstances.

The tragedy that befell these dead rights CSOs started way back in Lagos in the late 2000s through what some informed sources labelled “Alausa Virus”, using the instrumentality of Lagos-CSO Liaison; a sort of egoistic and materialistic partnership; which subsequently collapsed the then mainstream Rights CSOs of Lagos extraction into “an alliance of ACN and Rights CSOs”.

While it is the constitutional right of any citizen or CSO to leave the human rights advocacy stage and become a full-fledged politician or political party, it is morally abominable for such a group or citizen to be utterly paradoxical or maintain two contradictions at the same time.

In Mathematics, one minus one will always give a negative result.

It is therefore shocking, alarming and deafening that arch human rights abuser with gross moral minus, in the person of Mr Ibrahim Magu of the Nigeria Police Force; who is, unconstitutionally, the Acting Chairman of Nigeria’s Economic and Financial Crimes Commission (EFCC); is being labelled internationally as “a human rights defender”, by some say; rights group, named “Socio-Economic Rights and Accountability Project”.

The image laundering letter of “SERAP” to the United Nations Special Rapportueur on the Situation of Human Rights Defenders, dated 16th of December 2016; is also considered a grave insult on the person and integrity of the Special Rapportueur, Mr. Michel Forst; as well as collective image of the United Nations. The letter is dangerously misleading, cancerous, politically and ill motivated and scripted.

The questions as: are there no limits to renewal by the President, of executive appointments into constitutionally established federal executive bodies under acting capacity and when was Ibrahim Magu appointed as acting Chairman of EFCC; do not border the authorities of “SERAP”.

What despicably matters to them is Mr Ibrahim Magu’s leprous baptism as “international human rights defender”; against all odds and his motley of rights abuses including long detention of suspects without trial and late night invasion and violent arrest of the suspects in their sleep.

For the avoidance of doubt, we again invite all Nigerians and members of the international community to read and analyse the authoritative statement reproduced below, dated 1st of July 2016.

It was exclusively published by the News Express Online Media; owned by Mr. Isaac Umunna who is also the chief media aide to late Prof Dora Akunyili and her family till date.

Prof Dora Akunyili was a former NAFDAC DG and Minister of Communications.

The authoritative statement has not been credibly refuted by Federal Government and the authorities of EFCC till date.

The rejection by the Senate of the Federal Republic of Nigeria, of Police Officer Ibrahim Magu as the substantive Chairman of EFCC was substantially based on dubious circumstances surrounding his multimillion naira rent payment to Akunyili family  for their House, located at No. 8B, Rudolf Close, Off Katsina Ala Crescent, Maitama District in FCT, Abuja, Nigeria.

Lagosians scramble for Lake Rice ahead of Christmas