“What went wrong that we shed so much blood in an election in just one state out of 36 states in Nigeria with just 8 LGAs?”

Before the Bayelsa Governorship Elections I advised the leaders of APC and charged that the ruling Party must showcase leadership by doing the following:

1. I want the federal government controlled by APC to ensure that we have a seamless free and fair process.

2. APC does not need anybody’s help to win this election.

3. INEC must ensure that everything is in place to checkmate any lapses during the elections proper

4. APC must issue a stern warning to its followers not to make the mistake PDP made in 16 yrs

5 APC must carry the big stick in dealing with its members who may disgrace the party through acts of omission or commission.

6. APC must not rubbish our change mantra by indulging in bizarre acts that brought PDP to her knees.

7. Security personnels must not disgrace president Buhari by engaging in acts that may suggest that they are helping APC to win.

8. INEC officials must be seen to be transparent in handling all the election matters and should be fair to all concerned.

9. PDP must also conduct itself in a manner that will not suggest that they want to pull down the house because they think they cannot make it.

10. This election is going to take place only in Bayelsa state out of the 36 states in the country and INEC and security personnels must not give any excuse whatsoever for dismal performance.

Today Bayelsa Elections has been won and lost but the tragic stories and deaths it left behind is still hunting us.

I was stunned into disbelief on hearing what transpired in Bayelsa and the ugly stories it left behind. 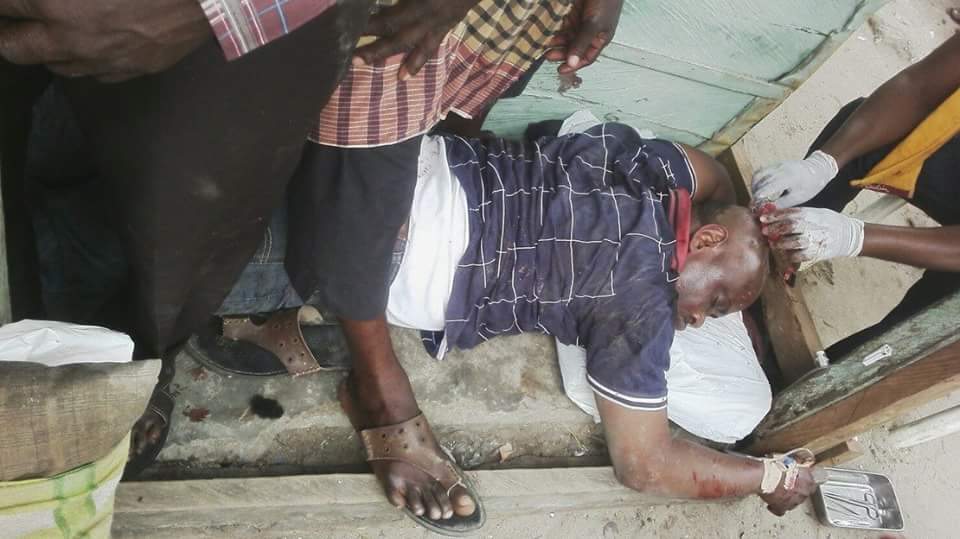 What went wrong that we shed so much blood in an election in just one state out of 36 states in Nigeria with just 8 LGAs? Why did our security agencies do to forestall violence knowing fully well the terrain they were  going into?

Did any sector fail to be proactive by doing the needful? Can we take it that the thugs overpowered all the security personnels attached to Bayelsa for the purposes of that election?

What role did the two leading governorship candidates play in instigating violence in the course of the election?

What role did the traditional rulers play in instigating violence during the elections proper? What of the leadership of both parties and their followers? What role did they play in the whole saga?

Do we have video evidence of what transpired in the course of the elections? Can the election monitors and international observers help to unravel what went wrong?

Can INEC officials, NYSC, Civil Defense, police, Army, and other security personnels help in getting to the root of what went wrong?

Can we evaluate the pre-election utterances and conducts of all parties, candidates and supporters in the Bayelsa election to find out why so much violence was unleashed during the exercise?

Most importantly, can we rightly situate the origin and growth of violence in Bayelsa State to forestall such ugly growth in the future?

All said and beyond an euphoria and gloom of who won and lost the Bayelsa election, I feel the President Buhari government must dig deep to uproot the taproot of the kind of violence we witnessed in Bayelsa election.

There is no gain shying away from the fact that the violence has its root in the predominance of armed militants and all sheds of criminals in Bayelsa State.

It is only certain that their negative influences will come to play in any election in the state but I feel the government must move in to ensure that such dangerous deployments to elections are forestalled in the future.

It is my candid view that nothing allows for criminality and blood-shedding hence the government must move in and effectively disarm the militants, not only for political or election reasons but chiefly to ensure the citizens are secure and protected to carry out their lawful duties; be it electoral or any other civil duty.

But I must commend INEC and the presidency for showing a rare maturity in handling the entire election.

Despite the flurry of unprovoked attacks and unfounded allegations against these institutions, which certainly led to the upsurge of violence during the election, the presidency and INEC bent several steps backward to ensure that they managed the dangerous situation even when their alleged preferred candidate felt cheated in the entire exercise.

Now, having concluded the election, it is my fervent prayer that the entire election be investigated to ensure we don’t have a repetition.

Some irritants from that part of the country feel that they are above the law and therefore untouchable. They threaten violence and war at the drop of a hat just because they have been illegally mobilized for such unlawful acts by the past regime.

They try to intimidate the whole country because of oil. This is time for the President to show that the business as usual mantra we witnessed in sixteen years of PDP is not about to take over the centre stage again.

From my positions, as enunciated above, I feel there should be a new paradigm in the conduct and attitude to elections in NIGERIA and such paradigm shift cannot tolerate the kind of violence we saw at play in Bayelsa State.

The nation must send clear signals to all that we have moved away from the era of do or die elections. The one in Bayelsa is a great rebuke to the our insistence that elections should not only be free and fair but must be devoid of excessive blood shedding as we saw in Bayelsa State.