The Championship is the first promotion to hold an official state sanctioned and commissioned bare-knuckle boxing event in America since 1889; and its first event was held in 2018, with five events held as of April 2019, says the BKFC website.

“We’re going to do a show entitled ‘USA vs. Iran: World War III.’

“He’s literally our biggest signing we’ve ever had.

“But he’s going to make his way over to Bare Knuckle Fighting Championship, he’s gonna make a home here, and we expect really, really big things from the Iranian Hulk,” Feldman said.

Gharibi gained fame in 2016 not only for his bizarre behemoth build but because he vowed to join the fight against terrorists in Syria.

His Instagram, which has 467,000 followers, is the place where he shows off his muscles and lifts more than his own body weight: 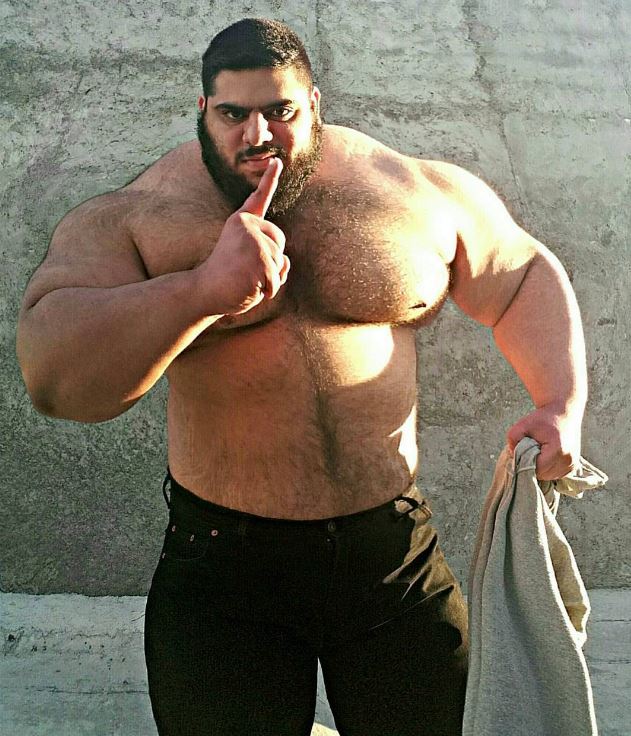