It is time Muslims reversed the story of their religion which has been characterised by unbridled militancy. The picture of Islam should not be left to be painted by crassly-ignorant and rabid followers and their incompetent and pathologically-dishonest leaders. – Author 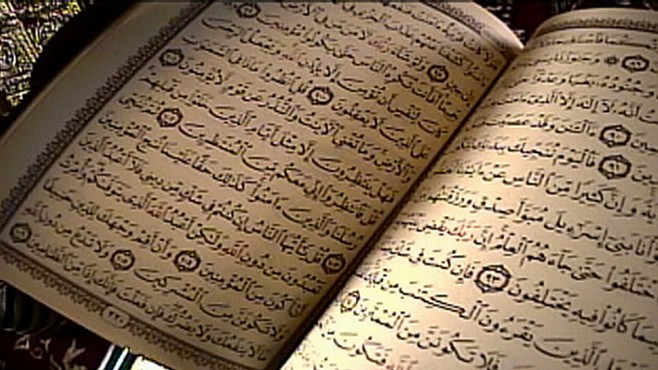 Interesting news out of Tehran! The other day, Iranian president, Hassan Rouhani, called for unity within the Muslim community with the ultimate aim of laundering the negative image Muslims have created for their religion through needless bickering. Rouhani barely stopped short of telling Muslims to bury their heads in shame for the Islam’s negative image.

Frank talk, you will agree, even though similar calls have been made in the past. And Rouhani’s certainly won’t be the last. If truth be told, there is a lot of sense in Rouhani’s call. Of course, Islam has an image problem that dates back to the early days of the religion. It is heart-warming that the call, though fourteen hundred years late, came from the leader of a country that has played a pivotal role in giving Islam its negative image.

Rouhani’s call was necessitated by the Shi’a/Sunni divide that has come with deadly consequences for Muslims and non-Muslims. The call is of significance for Muslims in Nigeria.

Apparently, all Muslims subscribe to the unity of God; what some dispute and what has been the cause of needless bloodletting surrounds the prophet-hood of Muhammad, the four Caliphs and sundry constituted authorities as commanded by God.

The discord is no longer discussed in whispers.  For the best part of the last four decades, the schism has assumed frightening dimensions often resulting in dire consequences to human lives and property. It has become so cancerous to have defied efforts by prominent Muslim clerics and groups to resolve it. What is more, divinely-recognised Ahlul Kitaab or people of the Book (reference here is to Christians) have often been caught in the cross-fire of what ordinarily should be an intra-religious feud.

At the heart of the disunity is the raging controversy orchestrated by different sects within the Muslim Ummah. Curiously, despite their differences, the feuding sects have no fundamental differences regarding the five cardinal pillars of Islam arranged in their order of simplicity: Iman (faith in God), Salat (five daily prayers), Saum (fasting during the month of Ramadaan), Zakat (alms giving) and Hajj (pilgrimage to the Holy Land). Why, then, do Muslims resort to needless and often bloody confrontations?

At the root of the problem is the dishonesty and zealotry that pervaded Islam at its infancy. Even before the death of Prophet Muhammad, there emerged a group among his followers who thought Ali, the prophet’s cousin, was the right person to occupy the post of Caliph as there was to be no prophet after Muhammad. The followers of Ali who took the distinct name of Shi’a adopted their position based on blood-ties between the prophet and Ali. Some extreme views within world Shi’a even suggest that Ali was the intended recipient of the message delivered to Prophet Muhammad.

But the prophet did not die without laying down the criteria for succession which was hinged more on competence than kinship. Even on his deathbed, the prophet virtually named his successor as leader of the Muslim community when he appointed Caliph Abubakar to lead the early Muslims in prayer. Miffed by the prophet’s choice, the followers of Ali thereafter saw every need to undermine Islam. Shi’a faithfuls are quick to dismiss insinuations that early followers of Ali were influenced, encouraged by and received express support from Jewish elements in Madina.

The forceful display of disaffection paid off when the followers of Ali got the chance to install their man after the death of Caliphs Usman and Umar. That, according to Islamic historians was the genesis of sects within Islam. This meant that in their bid to steady the new faith, the early Muslims had to contend with a rebellion from within aside battling stiff opposition from the pagan population of Mecca. More than fourteen centuries on, the trend continues.

But for the image problem of Islam mainstream Muslims believe in and, recognise the diversity and peculiarities of multi-ethnic and multi-religious societies in accordance with the teachings of Prophet Muhammad. Mainstream Muslims promote the idea of Muslims cohabiting in peace with people of the Book in line with clear Qur’anic injunctions and as contained in the sayings of Prophet Muhammad.

Among others, mainstream Muslims subscribe to Chapter 5 v 82 of the Glorious Qur’an which contains God’s clear, direct and specific injunction on tolerating and peacefully cohabiting especially with Christians. Certainly, God did not sanction marriage with enemies when He enjoined Muslims to marry people of the Book! Unfortunately, these and several injunctions have been discarded by some Muslims who attack people of the Book and Muslims who do not subscribe to their own interpretation of Islam.

Unity is the main challenge confronting the Muslim community in Nigeria today and its attainment could help bring down the current security challenges and wanton destruction of human lives and property. In trying to tell the story of Islam in Nigeria as one not characterised by militancy, violence and intolerance, several pan-Islamic associations and inter-faith organisations have sprouted to project Islam in its true and undiluted picture as a religion of peace by preaching peaceful coexistence with and,  showing tolerance for non-Muslims.

As things stand, the issue now transcends intra-Muslim rivalry. Sadly, there appears to be no hope for an end to the schism within the Muslim community. How long the situation persists is unclear but, what is not in doubt is that, throughout his lifetime, especially in the twenty three years of his mission, Prophet Muhammad preached peace, reminded his followers to be their brother’s keeper and enjoined mutual co-existence with and, adequate tolerance of, non-Muslims.

To underscore his position, the Holy Prophet had no misgivings when, in the early days of Islam, he sought sanctuary with Negus Negas or the King of Kings of the Christian kingdom of Abyssinia (present-day Ethiopia) for his besieged followers in Mecca. Aside the warm reception extended to them, the Muslims who were forced to flee their birthplace of Mecca practice their faith restrictions without molestation from their Christian hosts. That flight to Abyssinia, which came before the better-known flight from Mecca to Madina, was the first recorded Hijra in the history of Islam.

Even before his death, Prophet Muhammad knew some of his followers will not hold fast to the cord of Islam. He also knew that some will set aside his sayings and traditions to cause fitna through disputations and engaging in needless and, often bloody, acrimonies. The rebellion, manifested in the open defiance to Ali’s three predecessors is recorded as the first fitna to confront Islam.

To discourage his followers’ propensity for fitna, the prophet harped on peace and mutual co-existence throughout his mission and singled the issue out for emphasis in his final message on Mount Arafat. If the prophet’s message does not cut ice with Muslims who see nothing wrong in defying him, at least Rouhani’s call should! In any case, Muslims have cause to listen if their leaders are beginning to show honesty in not having ‘anything to do with those who split up their religion into sects’!

Honestly, it is time Muslims reversed the story of their religion which has been characterised by unbridled militancy. The picture of Islam should not be left to be painted by crassly-ignorant and rabid followers and their incompetent and pathologically-dishonest leaders! Therein lies the significance of President Rouhani’s call!

It’s official, we elected a brainless dictator as President