After some months’ break, Elombah.com is back with #TodayInPlenary for your enjoyment. Come with us…

It’s a new Legislative day in the Senate of the Federal Republic of Nigeria.

Senate President Bukola Saraki welcomes staff and students who are present in the gallery to observe Plenary.

“I thank you all my colleagues, when the trial started i maintained that I will clear my name”. – SP Bukola Saraki

“Victory is for democracy, it’s for our country and the judiciary also”. – Senate President Bukola Saraki

“For the next 2 years we shall do our best to defend the unity of this country”.-Senate President Bukola Saraki.

Senator Na’Allah cites order 43 on personal explanation on a statement made by Acting President, Prof Yemi Osinbajo alleging that National Assembly has no power to alter anything from the budget.

“There are times that we have consultations with the executives and we have to put down our constitutional powers.” – SP Bukola Saraki.

“This Senate will continue to defend the Constitution”.-Senate President Bukola Saraki.

Senator Garba Binta cites Order 43 and speaks on the flooding in her constituency, the need for construction of bridges and rehabilitation.

Senate President Bukola Saraki says the Committee on Works will look into it.

Senate now moves into the Presentation of Bills for First Reading.

5 Bills were presented for First Reading: 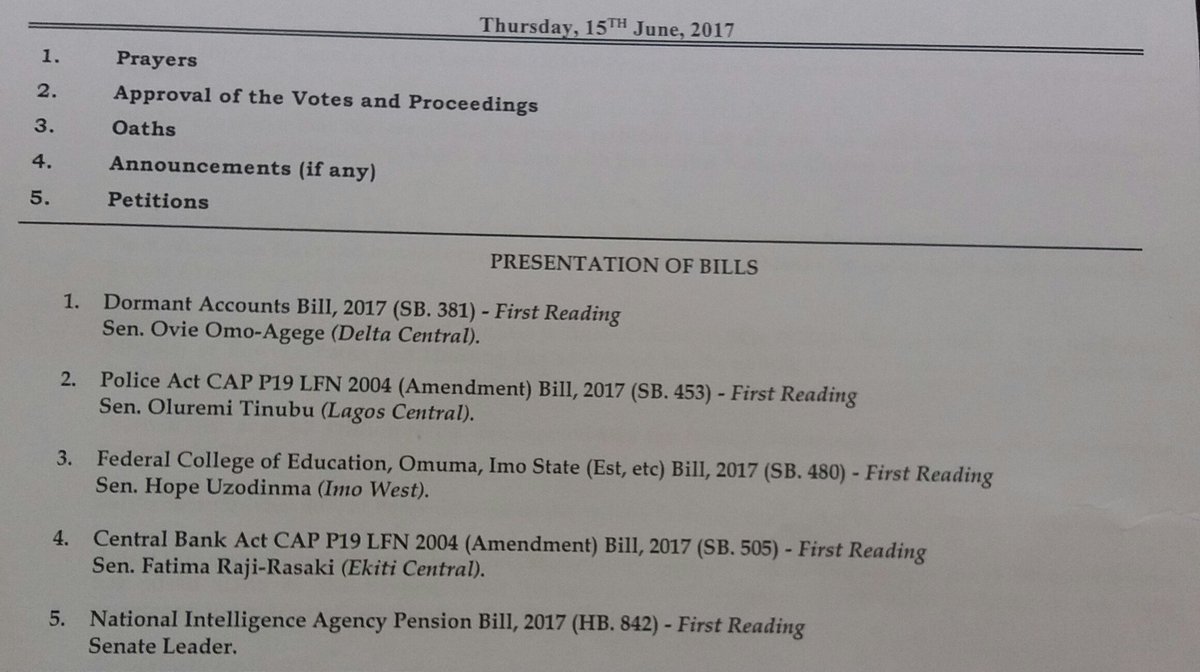 Senate now moves to the Presentation of Reports.

1. Report of the Committee on Ethics, Privileges and Public Petitions by Senator Samuel Anyanwu.

Senator Gbenga Ashafa seconds that the Senate do receive the report of the Committee on Ethics, Privileges and Public Petitions.

Senator Sabi seconds that the Senate do receive the report of the Committee on Ethics, Privileges & Public Petitions & Media & Public Affairs.

The 2 reports were LAID.

Senate moves into the MOTION of the day.

1. The urgent need to save the 215 Mega Watt (mw) Kaduna Power Plant by Senator Bassey Akpan. 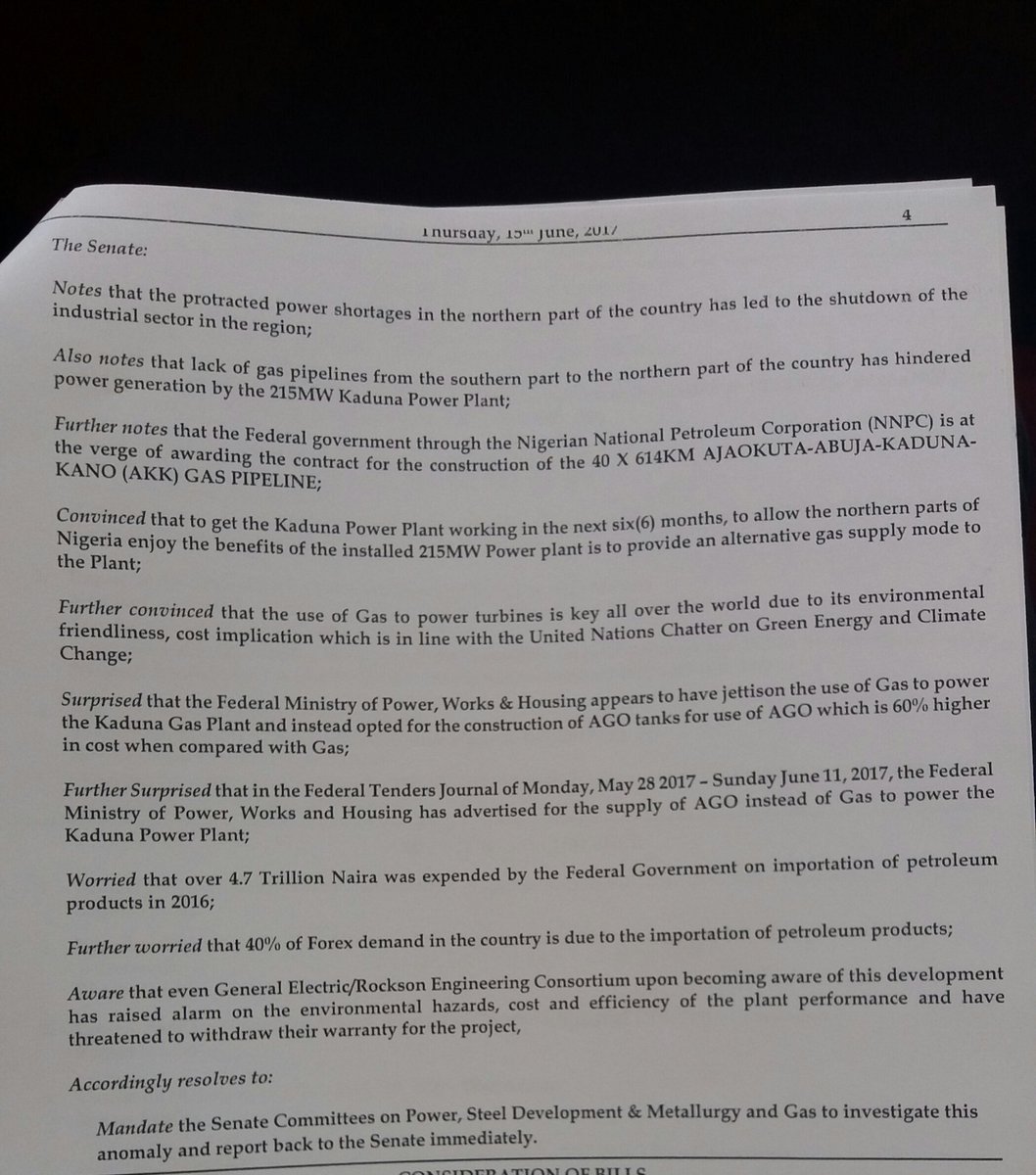 “This motion serves a situation that is very dear to our country, we need power streams like this as quick as possible”. – Senator Barnabas Gemade.

Sen. Abaribe supports this Motion, says we will know who wants to be the cartel that will want to control diesel distribution in Nigeria.

Senate President Bukola Saraki thanks Sen. Akpan and urges the Committee to take the matter serious to handle the people that have interest on diesel in Nigeria.

Senate now moves to the Consideration of Bill.

Senator Mao Ohuabunwa seconds the Consideration of a Bill for an Act to Amend the National Lottery Act 2005, 2017 (SB. 227).

Senate President Bukola Saraki refers the Bill to the conference Committee to report back.

Senate Leader moves that other items on the Order paper be stood down to another Legislative day. Minority Leader seconds.