Jackson Ude is a former Director of Strategy/Communication under President Goodluck Jonathan.

He is also a Journalist and the publisher of Pointblanknews, an online media.

Vice President Osinbajo filed the complaints through his lawyers, Bayo Osipitan and Co. for accusing him falsely of money laundering.

Mr. Ude, in a publication on his website on the 8th of July, published a report titled “How Magu Embezzled N39 blllion, Gave Osinbajo N4 billion, Begs For Soft Landing“.

The report involved the suspended and detained Acting Chairman of the Economic and Financial Crimes Commission (EFCC), Mr. Ibrahim Magu.

In the ongoing investigation into the activities of Magu, he claimed that Magu gave money to the Vice President to the tune of N4 billion.

Lawyers to the Vice President claimed that in the said online publication, the publisher, Mr Ude wrote and caused to be published the following about their Client and the former Acting Chairman of the Economic and Financial Crimes Commission, Mr. Ibrahim Magu:

“Embattled former acting Chairman of the Economic and Financial Crimes Commission. EFCC, allegedly embezzled over N39 billion and gave Vice President Yemi Osinbajo (sic) N4 billion, after the VP gave instructions to him to release some of the recovered loots, Sources within the panel investigating the former EFCC boss told Pointblanknews.”

JUSUN: Lagos lawyers back call for suspension of strike

“Specifically, Magu was said to have mentioned a N4 billion that he released to the VP based on directives the very day the president left the country for the United Kingdom on medical treatment “

Vice President Osinbajo considered the report a “criminally defamatory publication” and asked his lawyer to pursue the matter for justice to be done.

His lawyer stated: “We have instructions of our Client that the said publications are injuriously false in every respect.”

See the attached document showing the petition of the Vice President’s lawyer against Jackson Udeh below: 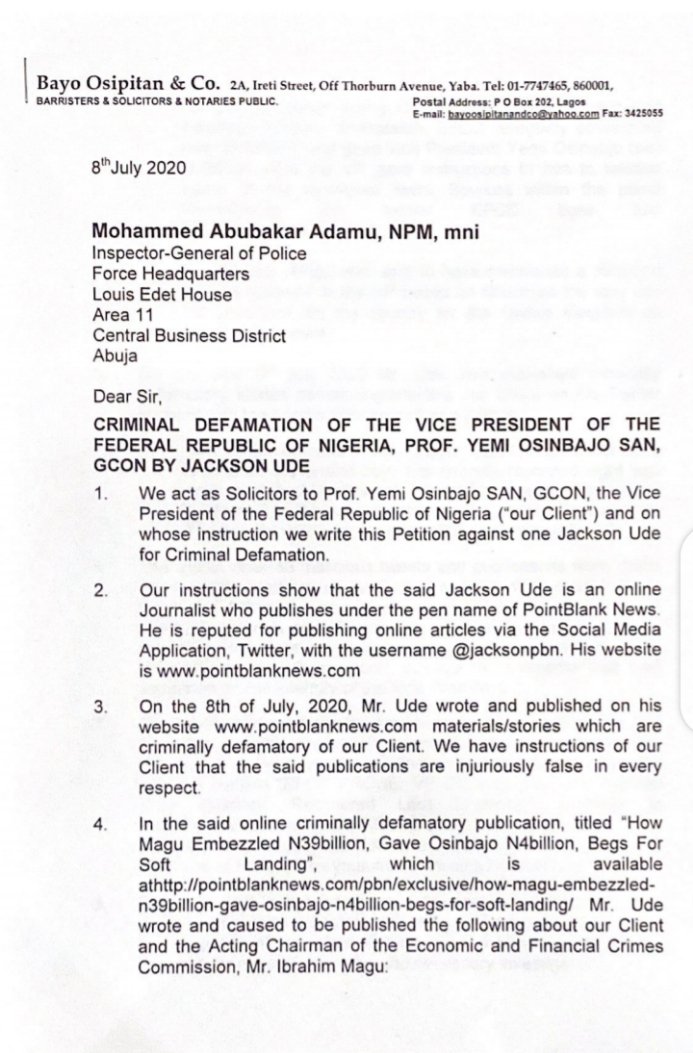 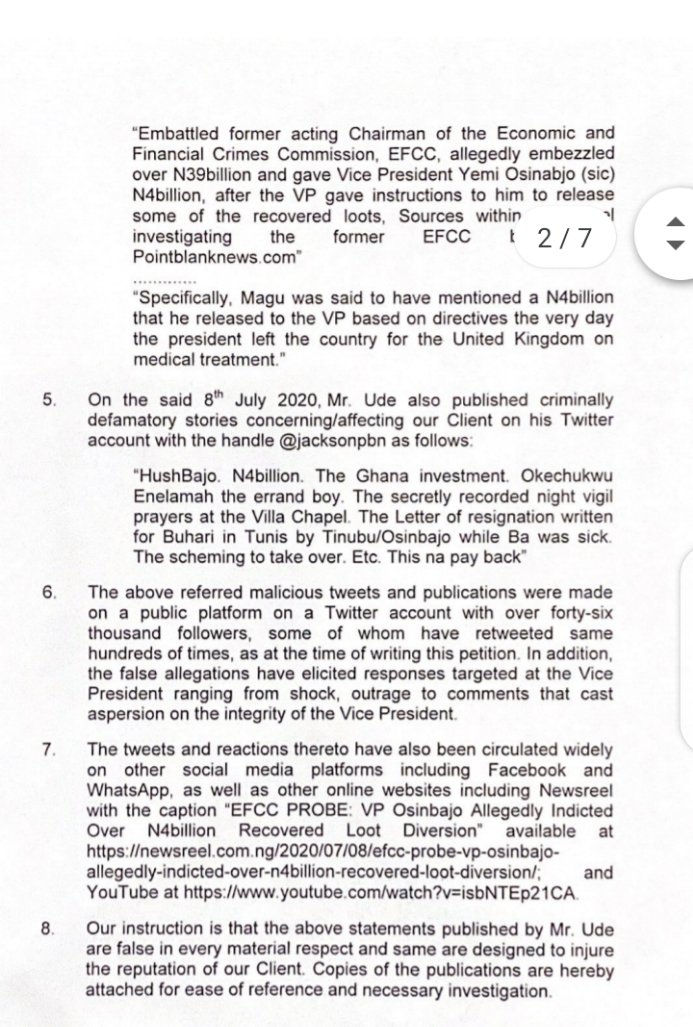 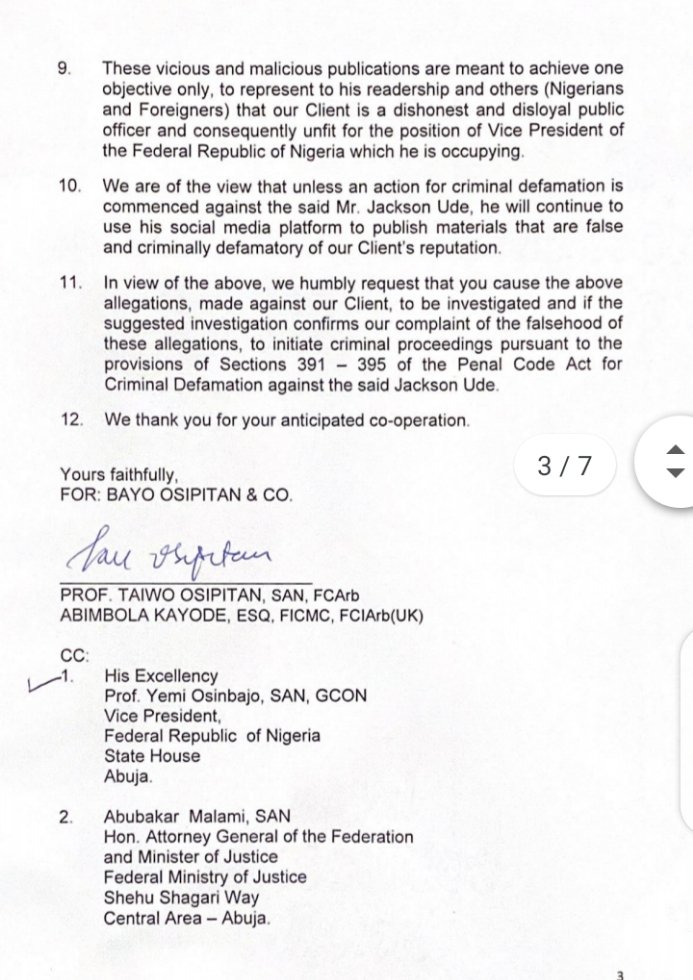 When contacted by our correspondent over the petition, Mr. Ude scorned and promised a surprise as time goes on.

JUSUN: Lagos lawyers back call for suspension of strike

How Africa’s women traders are poised to drive regional integration