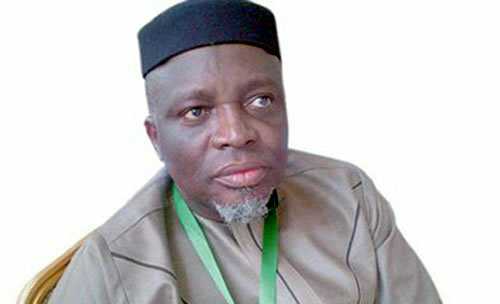 The Joint Admissions and Matriculations Board, has said it would not interfere with the list of candidates sent by institutions for the 2016 admissions, either by addition or removing of names.

The organisation which said it was committed to ensuring that admissions are concluded before or by the approved deadline of November 30, 2016 because “to whom much is given, a lot is expected”, warned that no name of candidate must emanate from any other source outside the list prepared and recommended by the tertiary institutions.

The Registrar/Chief Executive of JAMB, Prof. Ishaq Oloyede, said these in his speech delivered during the ongoing technical meeting on 2016 admissions to first choice institutions at the Bayero University Kano, but e-mailed to Journalists on Tuesday in Abuja.

I welcome you all to the 2016 First (1st) Technical Committee Meeting on Admissions into First (1st) Choice Institutions.

It gives me great pleasure that my first formal ceremony as JAMB Registrar/CE is this Technical Committee Meeting holding in Kano.

It is more pleasant to me that in the almost four (4) decades of JAMB, this is the first time that the Technical Meeting would hold in this ancient and cosmopolitan city of Kano.

I appreciate the Vice-Chancellor and the Principal Officers of Bayero University, Kano for accepting to host this meeting within a short notice.

It is, for me, an extension of the goodwill which the Government and people of Kano have always extended to me. Kano, for so many reasons, is my home.

Distinguished ladies and gentlemen, each year the Board convenes the meeting for the placement of suitably qualified candidates into tertiary institutions taking into consideration the:

v vacancies available in the institutions;

v guidelines approved for each institution by their respective proprietors;

v preference expressed for the institutions and courses by the candidates.

As usual, the 2016 admissions, will be as smooth as ever. The only difference between this year’s admissions process and what has always been the practice, is the policy that there should be no written post UTME test. All other processes should and will be as they have always been. The Senate or Academic Board of each institution has the prerogative of admitting candidates to their respective institutions subject of course only to National Policies which includes:

i. guidelines stipulated by the proprietors of the institutions,

v. Use of 2016 JAMB UTME results printouts for all candidates who scored 180 and above,

vi. adherence to subject combinations of various courses as specified by the Senate/Academic Board and included in the 2016 UTME Brochure,

vii. adherence to the 2016 Admissions Quota as prescribed by the Regulatory Bodies (NUC/NBTE/NCCE) and

viii. for Federal Universities, the criteria stipulated by the Federal Executive Council concerning Merit, Catchment and Educationally Less Developed States should be complied with.

In the discharge of this National assignment, it is important that we act with focus on what is beneficial to the largest number of Nigerians.

We must avoid adding to the burden of the masses of our people who rightly yearn for higher education as a veritable means of active participation in public life.

While urging us to work hard and exhibit commitment, synergy and cooperation between the Board and the institutions, I assure you all that the hands of fellowship which my predecessors have extended to the institutions would be strengthened for the advancement of National goals.

My immediate predecessor, Prof. ‘Dibu Ojerinde OON in particular and his predecessors in general have lifted the Board to an enviable standard of international repute and we cannot afford to do less.

Your Excellency, Your Highness, distinguished ladies and gentlemen, it must be made categorically clear that the task of JAMB is coordination and not substitution of the traditional responsibilities of the Senates/Academic Boards of tertiary institutions.

Consequently, no candidate must emanate from any other source (JAMB inclusive) outside the list prepared and recommended by the institutions.

JAMB has the right to reject candidates for non-compliance with extant rules and regulations but will not be allowed to substitute or originate any names without the prior concurrence of the institutions.

We should ensure that the admissions exercise is concluded before or by the approved deadline of 30th November, 2016.

To whom much is given, a lot is expected. I thank the Government and people of Kano State, who along with Bayero University, Kano have provided us with conducive working environment and warm hospitality.