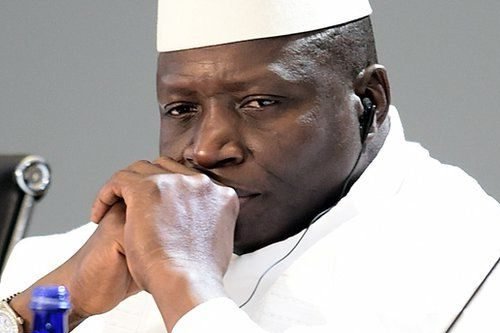 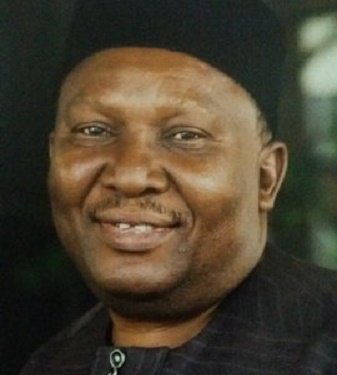 The Gambia, a small West African country with some 1.9 million people is an agriculturally fertile land famous for tourism, especially its attractive beaches.

But from 1994, the country became notorious under the repressive and brutish government of an eccentric army lieutenant who transmuted to a civilian President, through four controversial multi-party elections.

Since seizing power from the nation’s independence leader Sir Dawda Jawara in the July 1994 military coup, Lieutenant Yahya Abdul-Aziz Jemus Junkung Jammeh has made no secret of his absolute intolerance of any form of criticism, through a ruthless, despotic leadership style, which swung from the ridiculous to the bizarre; unimaginable to intolerable.

Under Jammeh hundreds, if not thousands of Gambians have fled their country for fear persecution. The man, who goes by the official title of “His Excellency Sheikh Professor Alhaji Doctor Yahya AJJ Jammeh Babili Mansa,” claimed in 2013 that he could rule The Gambia for “a billion years” if God wills.

The same year he ordered the execution of at least nine “criminals and political opponents” on death row.

Famous for his trademark prayer beads, a stick and white flowing robe, Jammeh portrays himself as a devout Muslim with miraculous powers, including the cure for HIV/AIDS and infertility.

He has also threatened to behead gay people.

Jammeh is unperturbed by the criticism of human rights groups. “I will not bow down before anybody, except the almighty Allah and if they (human rights groups) don’t like that, they can go to hell,” he told the BBC in a 2011 interview.

Under the Jammeh administration, journalist Deyda Hydara, co-founder and editor of The Point private Gambian newspaper, was brutally murdered in December 2004, and became the rallying point for press freedom campaigners in the country, even though the government continues to deny the involvement of security agents in the killing.

While Jammeh reigned supreme, little or no attention was paid to his malfeasance in governance by much of the international community perhaps, because his small country does not command any significant strategic importance to them.

The Gambia does not have oil or any other money-spinning resource. Western tourists even find the country a favourite destination where their little hard currency fetched them large amounts in the local Dalasi.

In one of the tragedies of missed opportunities, Banjul, the Gambian capital has since 1987 hosted the African Union (AU’s) Commission for Human and People’s Rights, charged with protecting and promoting human and people’s rights on the continent.

To the credit of the Economic Community of West African States (ECOWAS) and the insistence of the then ECOWAS Commission President James Victor Gbeho, the regional bloc declined to send election observers to the Gambia’s presidential elections in 2011 citing undemocratic local environment.

ECOWAS went further to deny an endorsement of Jammeh’s victory in that election, saying that voters and the opposition had been “cowed by repression and intimidation.”

But unfazed by isolation, Jammeh decided to pull the Gambia out of the Commonwealth in 2013, and only last October, announced the withdrawal of his country from the International Criminal Court (ICC), dismissing it as an “International Caucasian Court.”

The ICC has as its Chief Prosecutor Jammeh’s former legal adviser and Justice Minister Fatou Bensouda.

The Gambian strongman therefore, probably surprised many of his critics by accepting defeat in the country’s 1st December 2016 presidential election after 22 years of near dictatorial stranglehold on the population.

But true to his mercurial personality, he has since reversed himself, first threatening to annul the poll, and now says he will contest the result.

According to official sources, ECOWAS’ request to observe the 1st December polls in the Gambia was rejected; the European Union was also refused access, with the African Union providing the only semblance of international observation for the election.

In any case, the .local conditions for the elections had all the recipes for a Jammeh landslide victory. In July, the main opposition leader Ousainou Darboe and 18 others were jailed for three years for taking part in an unauthorised demonstration in April over alleged death in custody of an opposition activist.

And with little or no international witnesses, the Gambia was literally cut off from the rest of the world, with no Internet services and under heavy security presence during the elections.

For a man associated with magical powers and intimidating State apparatus at his disposal it is an unexplained miracle that Jammeh lost the polls to substitute opposition leader Adama Barrow.

To compound the situation, the Electoral Commission announced a reduction in the margin of poll victory from about 7% of the votes to fewer than 4%.

Jammeh, after initially conceding defeat, is now using the Commission’s revision of the results as an excuse to launch a legal challenge at the country’s Supreme Court.

But those familiar with The Gambia’s constitution say it is a tall order for Jammeh to mount a successful legal challenge to his poll defeat and barring any unforeseen circumstances, Barrow is expected to assume the presidency on 19th January 2017.

But there have been a couple of false starts in seeking a solution to this delicate situation in The Gambia.

First, some of Barrow’s opposition coalition officials have been shooting from all cylinders, threatening that Jammeh would be tried for human rights violations and possibly taken to The Hague to join his Liberian and Ivorian counterparts Charles Taylor and Laurent Gbagbo.

Before resident doctors are pilloried by the press – Paul John

Femi Adesina, the president owes us a duty to speak!