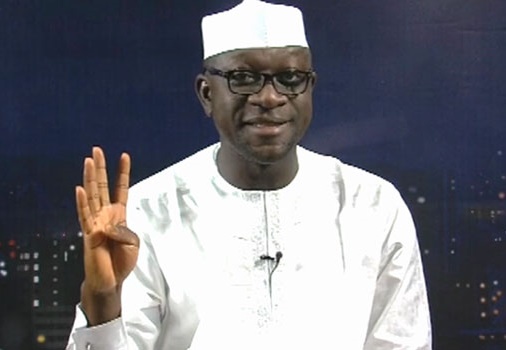 The House of Representatives has said that the former Chairman, House Committee on Appropriations, Rep. Abdulmumin Jibrin fled United Kingdom (UK) to avoid being arrested by anti-graft agencies on his trail for alleged criminal activities.

‎Jibrin has promptly denied the allegation and said he returned to Nigeria on the invitation of one of the anti-graft agencies. He spent two months in the United Kingdom.

Chairman of the House committee on Federal Capital Territory (FCT), Rep. Herman Hembe, however alleged that Jibrin was on the run because security agencies were after him in the UK.

The lawmaker who had a running battle with Jibrin since the budget padding allegations threatened that there will be “no hiding place for Jibrin”.

He said “I understand that the suspended Hon. Abdulmumin Jibrin has fled back to Nigeria after report of his ownership of five foreign accounts in Backlays Bank and property located at No. 81, Cotswold Gardens, London, NW2, 1PE in London was published‎.

“I wish to remind Jibrin that there is no longer hiding place for criminals.

According to Hembe, ” having realised that even in the UK the National Crime Agency and the Financial Intelligence Unit have already profiled him and may soon open a case against him; he quietly sneaked back to Nigeria.

“His days of freedom are numbered and sooner rather than later he will face the full wrath of the law”, he said.

The News Agency of Nigeria (NAN) reports that Jibrin had last Nov. fled the country over an alleged attempt to assassinate him and kidnap his family because of his anti-corruption crusade against the leadership of the House of Representatives.

Hushpuppi: US must make formal request for Abba Kyari’s extradition…

It’s not your turn to produce Nigeria’s President, MURIC tells…

‎Jibrin was reported to have vowed not to return to the country until his safety was guaranteed.‎

NAN also reports that in Nov. the House passed a resolution mandating it’s committee on Ethics and Privileges to summon Jibrin to respond to allegations of ownership of foreign accounts.

The House also mandated the committee to summon him for poor representation and absenteeism levelled against him by a faction of the National Youth Council of Nigeria (NYCN) and some of his constituents.

Responding to the allegations of running away from UK, Jibrin in a statement explained that he was in the country at the behest of one of the anti-graft agencies.

He said “I returned to the country on the invitation of one of the anti-graft agencies who needed additional information from me as they were finalising investigation and ready to arraign Hon. Hembe and few others.

According to him, “Hon. Hembe is obviously aware of this fact and has been panicky and running helter-skelter including trying to get the Speaker to intervene and save him.

“I travelled peacefully from the Nnamdi Azikiwe Airport Abuja and landed at Heathrow Airport and same on my way back.

“I also enjoyed my stay in London and other part of Europe catching up with my vast international network, delivering lectures and granting interviews.

“I have responded to the lame allegations and my responses are in the public glare,” Jibrin said.

Southern Kaduna: Hit back or die! (2) – by Femi Fani Kayode

It’s not your turn to produce Nigeria’s President, MURIC tells Christians in Nigeria