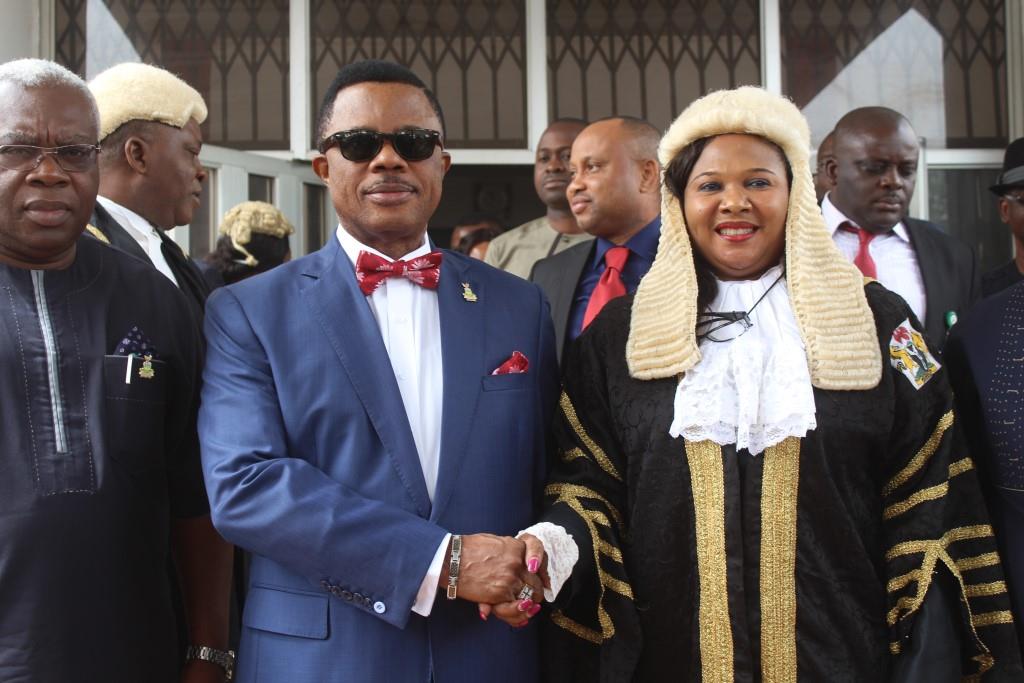 The Anambra state governor, Willie Obiano and the judiciary workers in the state have disagreed over the issue of whether he has paid them all their allowances and subventions up to date.

Because, already the Chairman of the Judiciary Staff Union of Nigeria (JUSUN), Anambra state chapter, Mr Mark Ifezue has expressed dissatisfaction with the way the state government has been handling the affairs of the judiciary in the state.

He said the state government had severally reneged on the agreements it earlier entered with the union.

According to him, “If nothing tangible is done, we will be left with no other option than to go back to the trenches, which is another strike.

“The Governor is not fair to the judiciary. As far as we are concerned, the state judiciary as at today is still being owed capital vote allocation up to four quarters”

“The capital vote released was only made in the first quarter of 2015, which was made to get JUSUN suspend its strike. Aside that, no penny has been released to the judiciary.

“We had written to the state government and a meeting was held, where we entered into agreement that the government would pay in our capital votes in the first quarter of 2016, but till now nothing has happened. So, it is unfair and unfortunate for Obiano to go about claiming that he does not owe the judiciary in the state.

“We have done a final letter reminding them of the development on payment of CONJUSS. If they don’t act promptly, we will go back to the trenches because strike is the only language government can hear”, Ifezue stated.

But contrary to the stand of the JUSUN boss, the governor had during the occasion marking commencement of this year’s Legal Week few days ago said he had paid 100 percent of the subvention of the judiciary in the state.