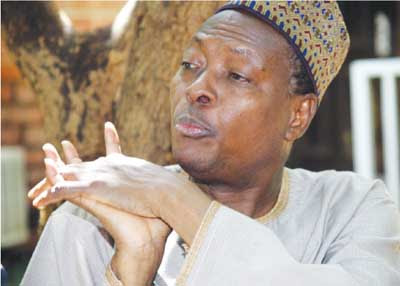 Oftentimes, I sit and ponder why there seems to be an eternal mistrust amongst Nigeria’s 3 major tribes, the Hausa (representing the North), the Yoruba (representing

the west) and the Igbo (representing the east).

But more intriguing is the apparent gang up of two components of this tripod (on which Nigeria stands) in always making the third member feel that he is not wanted in the arrangement, an alienation of sorts. The mutual suspicion between the North and the East predates Nigeria’s independence. In a televised interview in 1958, the Northern Premier, Sir Ahmadu Bello while speaking to a British Journalist described “Ibos” as being too domineering and power hungry. He gave an example thus, “when you place an Ibo in a laboring camp with other tribes, he will always find a way of emerging the leader of that camp and imposing himself on others…”

After the bitter Nigeria/Biafran civil war that pitched the East against all other parts of the country in a bloody conflict that cost millions of lives, mainly that of women and children, the distrust became even more pronounced with most other Nigerians viewing the Igbos as potential secessionists. Forty five years later, nothing much seems to have changed and the cold war between Ndigbo and the rest of the country continues. To some of these power brokers especially in the North, “Ibos” should go on paying for ever attempting to leave the union. They must continue being punished by political, infrastructural, socio-economic and other forms of exclusion.

Just last week, the convener of the Coalition of Northern Politicians, Academics, Professionals and Businessmen, Dr Junaid Mohammed, a medical doctor, drew the first blood when he fired, “…I don’t care what Ezeife says – if they (Igbo) had seceded, there would have been no Nigerian today.” As people who acted outside the interest of Nigeria as a country, to expect compensation is a very odd logic. “If they do, they must be prepared to live with the consequences – nobody owes them anything and nobody is out to compensate them for anything…” Junaid Mohammed made the above statements in reaction to former Anambra Governor, Dr Chukwuemeka Ezeife’s complaint that Ndigbo had not been treated fairly in terms of political positions and appointments in the President Muhammadu Buhari’s administration.

Dr Mohammed talked about “odd logic” in his statement. However what is even odder and defies all rational logic is the fact that the Doctor could equate Ezeife’s clarion call for equality of representation to an act of secession or war. I see no commonsense in bringing the civil war into an issue bordering mainly on infringement of the federal character statute, a constitutional matter. Pray tell me what is logical in Dr Mohammed’s justification of punishing a generation of Igbos many of who were born decades after the war ended, for the “alleged sins” of their fathers and grandfathers who in his opinion, dared to declare a sovereign nation of Biafra? Perhaps the gentleman needs some crash course on the events that took place before, during and after the almost 3 year conflict. Does it not also amount to standing logic on its head for Mohammed to justify Buhari’s action of near exclusion of Igbos in his appointments, with an event that ended almost half a century ago?

He talks about compensation as if “dem wan dash us human rights, animal wan dash me human rights…” (Apologies to the great Abami Eda) What manner of compensation is he referring to? Is he saying that appointing Igbos into the Buhari government is an act of compensation while appointing northerners isn’t? Are we now second class citizens that we cannot rightly demand for what are ours? Is it not obvious that Junaid Mohammed’s view is one that is widely held by many of his likes in the North who still perceive Ndigbo as a conquered people who must be ready to accept whatever crumbs that graciously falls from their master’s table like grateful dogs?

in his statement. However what is even

odder and defies all rational logic is the

fact that he could equate Ezeife’s clarion

call for equality of representation to an

act of secession or war

And what of the several hundred males executed by rampaging Nigerian soldiers under the command of then Lt Col Murtala Mohammed in Asaba in 1968? Before I am accused of playing the victim here, I am not in any way justifying the January 15 revolution in which mainly Northern and Western politicians and officers were killed. Such was the effect of military misadventure into the Nigerian polity and we are yet to recover from its effects even till today.

Dr Junaid Mohammed should realise that in mentioning the civil war, he has opened an old would which the nation has been longing for it to heal. He also went ahead to threaten Ndigbo with dire consequences if they attempted secession. May I ask him where in Ezeife’s statement he mentioned that Igbos would pull out of Nigeria if Buhari did not appoint them into positions in his government? It amounts to oral diarrhea and utter recklessness for a man of his stature to descend so low as to threaten a third of the population of Nigeria, without it backfiring. In my opinion, Mohammed’s irresponsible outburst is nothing short of a call for genocide on Ndigbo. It is seditious and treasonable and every Igbo nay Nigerian should rise up in condemnation of this evil act. It is obvious that he is still suffering from delusion of grandeur and hangover from the post-civil war days where the immediate policy of the government of the day was making sure “the enemies pay for waging a war against Nigeria” The earlier he wakes up to the reality that every Nigerian no matter his tribe, race, creed or colour has the fundamental rights to aspire to any position in Nigeria, the better for him.

The likes of Dr Junaid Mohammed are the reason nepotism still reigns supreme in the country today. The same nepotism that brought the military to its knees in the IBB days and provoked middle belt officers led by Gideon Orkar to attempt a coup and excise the core north from the Nigerian map. My advice to him is to focus his energies on the war against the insurgency in the North especially the North East and stop stoking the embers of war. President Buhari should keep people like Mohammed far away from him as they will only serve to pollute his mind further and keep his eye away from the ball. Such irredeemable tribalists deserve only one place, in the dustbins of history.

Why PDP failed to rule for 60 years