Just in: Trailer with 40ft container falls off Lagos bridge

A trailer with 40ft container has fallen off Itowolo bridge in Mile 12, Lagos.

The report also indicated that no casualty was recorded.

“A lone accident on Itowolo bridge inward Mile12. The articulated vehicle loaded with 40ft container skidded off the road.

“The trailer head and it’s consignment are inside the river while the flat body is occupying part of the road. Traffic is building up.

In an earlier report, LASTMA reported about a burning LAWMA truck on Anthony Bridge inw Gbagada which added to the already existing traffic situation.

The report assured, however, that officials of Lagos Fire Service were at the scene of the incident to control the situation.

In a subsequent report, LASTMA assured that Lagos Fire Service operatives has put out the fire while LASTMA makes efforts to evacuate the burnt vehicle. 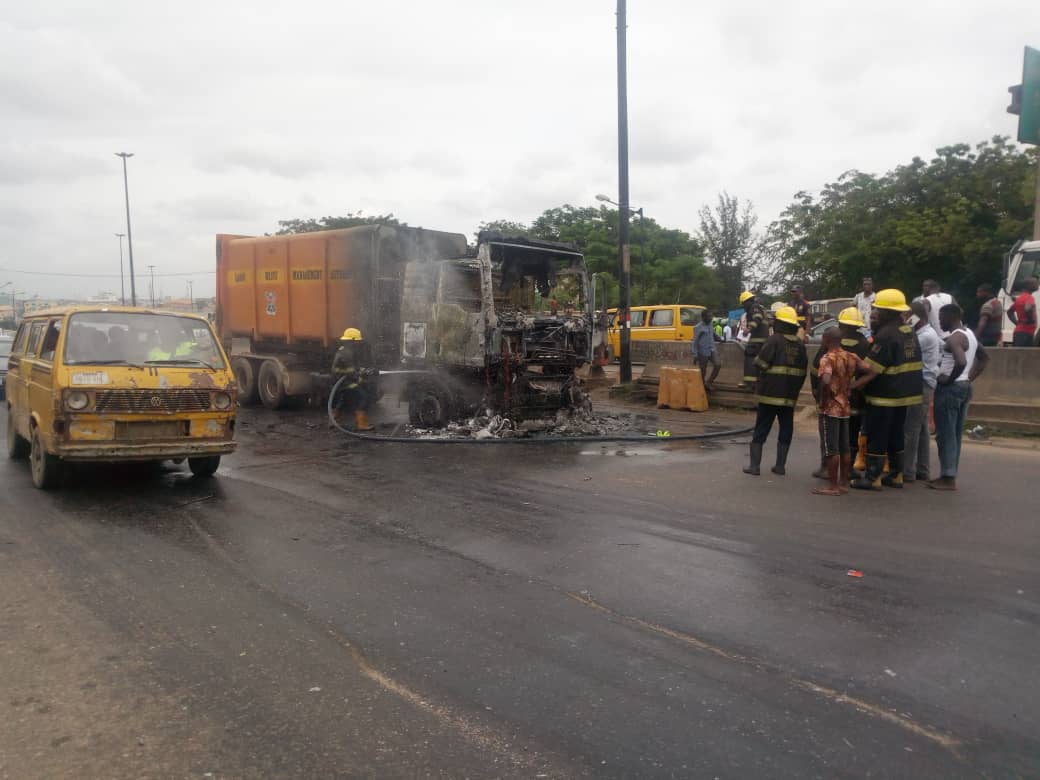 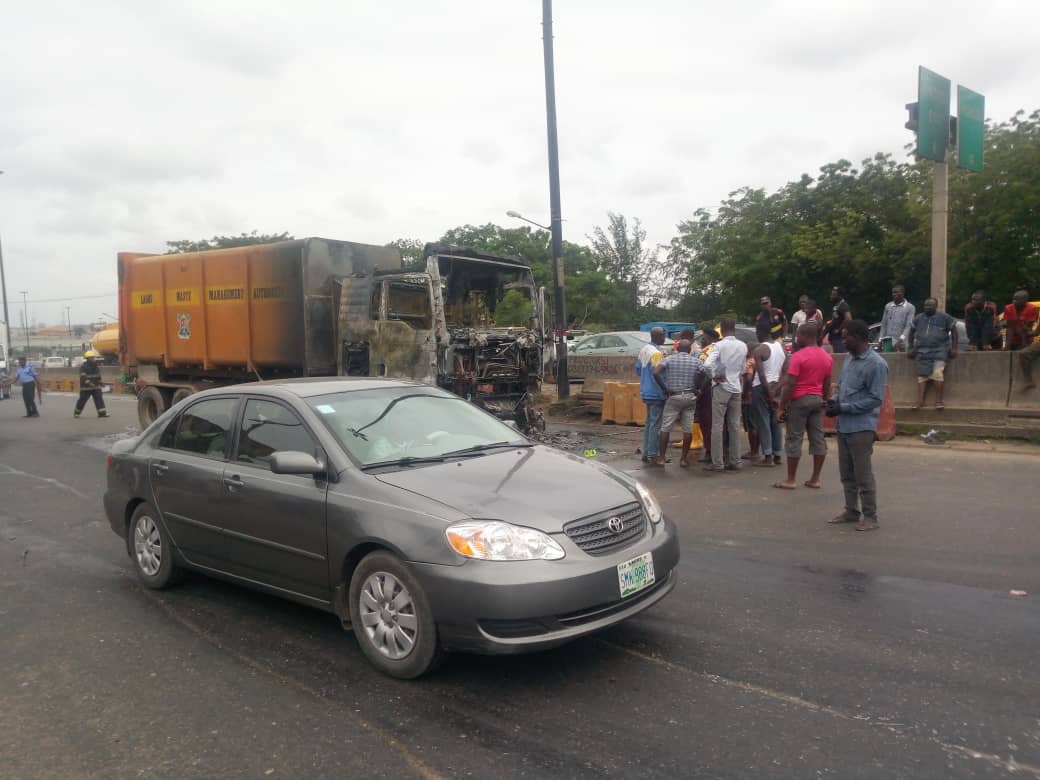