Justice Nnamdi Dimgba of Abuja division of the Federal High Court has dragged the Department of State Security [DSS] before the National Judicial Council [NJC] over unlawful invasion of his residence by the DSS operatives.

Justice Dimgba, in the petition, prayed the Chief Justice of Nigeria and Chairman NJC, Hon. Justice Mahmud Mohammed, to:

(1) Stop these acts of harassment and intimidation against him by the DSS; and,

(2) Ensure the immediate return of these seized case files and my answer to their petition to him.

Dimgba also threatened to commence legal proceedings in Court against the DSS for the above brazen violations of his rights, unless Justice Mohammed otherwise advises.

See attached Justice Dimgba’s petition, as well as, his answer to allegations of “CORRUPT PRACTICES AND PROFESSIONAL MISCONDUCT” proffered by DSS:

RE: CORRUPT PRACTICES AND PROFESSIONAL MISCONDUCT BY JUSTICE NNAMDI DIMGBA OF ABUJA DIVISION OF THE FEDERAL HIGH COURT – IN RE: UNLAWFUL INVASION OF MY RESIDENCE BY THE DSS OPERATIVES

1. I write further to my letter of 4th September, 2016 in reply to the above Petition written against me to the National Judicial Council (NJC) by a Mr. Ahamed Ahmad of the Office of the Director General, Department of State Services, Abuja (DSS).

This letter is to bring my Lord up to date in relation to certain developments which have occurred after the submission of my reply to the NJC on the said petition.

2. Further to the submission of the above reply, I wish to inform my Lord of the number of steps which the DSS have taken against me irrespective of the fact that the said petition is still pending before the NJC.

3. First, on Friday 15th September, 2016, the DSS invited and detained my Registrar, Mrs Blessing Ugwu at their offices here in Abuja for a full day, intimidating and interrogating her with a view to compelling her to give testimonies to them that will implicate me in the conduct of my official duties, the subject matter of their petition to the NJC. They only released my Registrar very late at night on the said date. Also, on XXXX, the DSS invited my Registrar again, detained her in their offices, seized her mobile phones, and threatened her to provide them with testimonies that can implicate me in the performance of my official duties. The DSS repeated the same treatment to Mr. Yahaya Shuaibu, a Registrar in Court 4 of the Federal High Court, someone with whom I have not have any dealings with or even hardly knew.

5. When I tried to resist the search of my house in the absence of any search warrant for me and my residence, the DSS operatives became physical with me and out of fear for my life given the level of aggression, I managed to depart my residence to seek refuge in the garden of the house of a Senator from Ebonyi State who resides in the house adjacent to mine. I endured the whole ordeal in this open garden as the Senator was away.

Thereafter, the DSS operatives turned on my 18 year old nephew who resides with me, by name Ifeanyi Anieke and my driver, John Albert, beat them to pulp with their guns, and forced their way into my residence, and ransacked the entire house in the course of execution of a non-existent search warrant. When the DSS operatives finished and could not find anything incriminating such as money in local and/or foreign currencies in my house as they had hoped, they then departed my residence. In leaving my residence, I wish to note that the DSS operatives went away with my work bag containing a number of case files which I had planned to work on for the weekend in relation to Judgments adjourned for Monday 10th October, 2016 and Tuesday 11th October, 2016, and also my own copy of the Reply dated 4th September, 2016 which I had sent to the NJC to the DSS’s Petition against me.

7. I pray, my Lord, for your intervention to: (1) stop these acts of harassment and intimidation against me by the DSS; and (2) ensure the immediate return of these seized case files and my answer to their petition to me. Not returning the case files makes it almost impossible for me to proceed with the completion of the Judgments. I also wish to state that I intend to commence legal proceedings in Court against the DSS for the above brazen violations of my rights, unless my Lord otherwise advises. 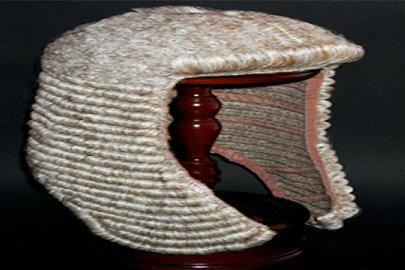 RE: CORRUPT PRACTICES AND PROFESSIONAL MISCONDUCT BY JUSTICE NNAMDI DIMGBA OF ABUJA DIVISION OF THE FEDERAL HIGH COURT (MY ANSWER)

1. I am in receipt of your letter dated 29th August, 2016, which letter was received and acknowledged by me at the National Judicial Council (NJC) offices on Friday, 2nd September, 2016.