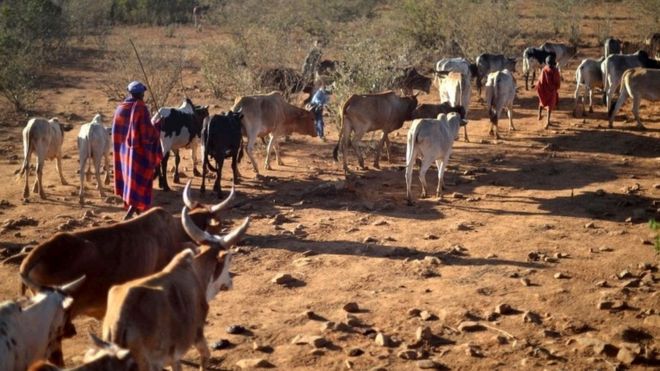 Following the spread to 23 arid and semi-arid counties. the current drought in Kenya has been declared a national disaster

Speaking after being briefed at State House in Nairobi, President Uhuru Kenyatta, called on all stakeholders to support the government by up-scaling drought mitigation programmes.

He also called on the local and international partners to support the efforts to contain the situation, which has not only affected human beings and livestock, but also the wild animals.

“Support from our partners would complement governments efforts in mitigating the effects of drought,” said the President.

Continuing, he said the government would fast track and upscale its mitigation to ensure the situation was properly contained.

The President gave a stern warning to all who are involved in food distribution that the government would take serious measures against those trying to take advantage of the situation to enrich themselves.

“I will not tolerate anybody who would try to take advantage of this situation to defraud public funds,” said President Kenyatta.

He said all purchases of food and other requirements be done in a transparent manner and that all government agencies be involved to ensure Kenyans were not defrauded.

To stabilise the high prices of cereals, the government would allow maize importation by the licensed millers but would strictly monitor the situation to ensure it is done in a transparent manner.

The Esoterism Of Prez Buhari’s Administration – By Paul John