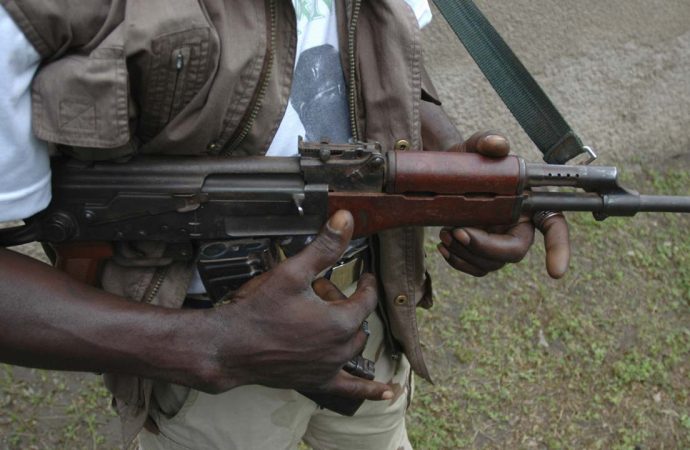 The gunmen who kidnapped four residents of Isheri area of Lagos State, including three landlords are demanding a ransom of 300m Naira each from families of the abducted.

The abductors had established contact with the families earlier on Sunday.

They said the captives would be released once the monies were deposited at a designated point.

In an earlier report, Elomba.com had narrated how gunmen stormed Channels Avenue in Isheri, Lagos State, and abducted three persons on Saturday September 17.

The identities of those abducted were given as Mr Kenedy Ucheagwu; Dr. Omololu Bello and Mr. Esang, who are all landlords at Oshorun Heritage Estate.

The victims had reportedly gone to a recreation centre beside Lekki Gardens Estate for a routine exercise.

They were about to settle down, when some gunmen in masks, dressed in military camouflage, came through the water way.

They shot sporadically into the air, people started running, for safety.

While others managed to escape, the three were not so lucky, as they were apprehended by the attackers.

The trio of Ucheagwu, Bello and Esang were whisked away in the kidnappers waiting boats through the same route they came.

Meanwhile the police have assured that they are on a massive manhunt for the kidnappers.

The Ogun State Commissioner of Police, Mr. Ahmed Iliasu told Channels Television that a combined team of 30 policemen have been deployed to the area in search of the kidnapped residents.

Kidnappers seem to have gone on rampage as several cases have been reported recently in states across Nigeria.

Meanwhile, three of the 14 oil workers kidnapped along Omoku/ Elele road on September 2, have recently escaped from their abductors.

Four of the victims had initially escaped, leaving the number of those still in captivity, at seven.

Two of the escaped victims said the constant movement of the kidnappers gave them the opportunity to escape.

Citizens are therefore advised to remain highly security conscious, as it is believed that the last few months of the year, usually prove to be more dangerous with an increase in criminal activities.

Tragic! Mother of triplets stabbed to death in Rivers