“The shooting of a Medical Doctor by an armed police man during a peaceful protest by members of the Nigeria Medical Association in Owerri represents a a rising degree of intolerance for alternative view point by the government of Owelle Rochas Okorocha.” – NLC 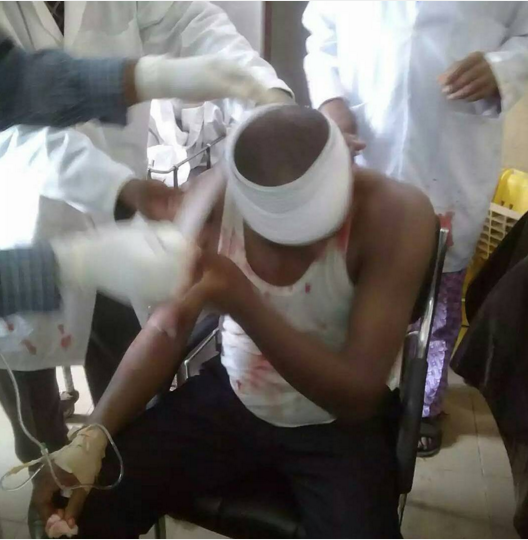 The shooting of a Medical Doctor by an armed police man during a peaceful protest by members of the Nigeria Medical Association in Owerri represents a big minus for the police force that claims credit for reform on the one hand, and a rising degree of intolerance for alternative view point by the government of Owelle Rochas Okorocha.

We at the Nigeria Labour Congress condemn this bestial and despicable act in its entirety. Even in wars without rules, Medical Doctors and other Health Workers enjoy the singular distinction of protection and preservation by combatants on either side.

For the police to therefore fire live ammunition at peacefully-protesting doctors asking for their legitimate rights runs counter to any known rule of engagement.

But the shooting of this Medical Doctor who is lying critically ill, is not an isolated case but part of a growing terror culture instituted by Governor Okorocha.

Proclamation of 1914 is constitutional force majeure we must…

In the past two weeks alone, his armed militia had beaten a Medical Doctor at Uboma Hospital to a state of coma as well as brutalized several others. His militia, given cover by the state Police Command, funded and armed by workers’ taxes, has embarked on a campaign of brutalisation and dehumanization against workers as they (Militia and Police) forcefully sought to enforce the closure of 19 government parastatals whose sale or privatisation was announced on the radio the previous day.

The use of the armed police and militia against law-abiding workers by the Governor of Imo State is unlawful, immoral and betrays the principles of democracy and should be resisted by all.

If this culture is allowed to stand in Imo State, we all stand at great risk in light of the famous saying: “When they came for the Jews…”

Accordingly, we at the Nigeria Labour Congress demand that the leadership of the Nigeria Police Force not only immediately bring to book, this trigger-happy police man but weed from its ranks all characters undeserving of the police uniform.

We find it necessary to state that it was only Monday, February 1, 2016 we had written to the Inspector-General of Police alerting him to the sinister plan by Governor Okorocha to deal with workers after getting away with previous acts of “brutalization and inflicting of severe injuries on a number of workers”.

We must warn that if no appropriate action is taken against the Governor and his band of marauding militia and procured police personnel, in the well- known principle of self defence, we shall respond in our own time.

Our calm and deference to the rule of law should not be mistaken as cowardice. Workers, like any other group of Nigerians, have rights guaranteed by the law!

Proclamation of 1914 is constitutional force majeure we must correct