Kogi NASU Chairman Killed For Being Too Vocal — Source 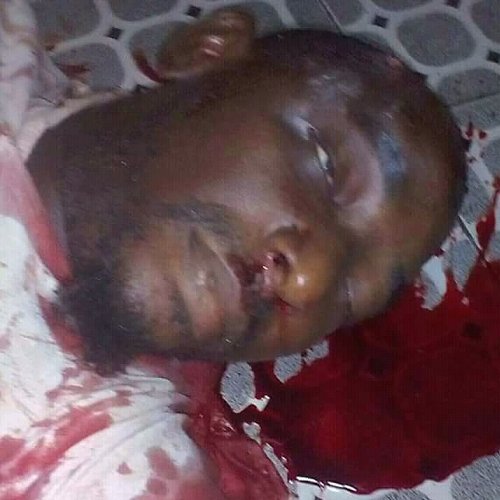 A source close from Kogi State has confided in Elombah.com that the Kogi State chairman of the National Association of State University [NASU], Mallam Abdulmumini Yakubu was killed “for being too vocal”.

He was killed by yet to be identified gunmen along with his younger brother.

Yakubu and his brother were gunned down while performing ablution in front of the house of the former.

Elombah.com gathered that the killing took place around 7pm while worshippers were performing ablution for the night’s prayers.

According to our source, Yakubu was in the forefront of criticising the state government over its position on the welfare and activities of the Union in the state.

The late NASU Chairman, he said, has been vocal and antagonist to government since the eight week old strike action commenced.

While some persons are pointing accusing fingers at the state government, the police, however, said they are still investigating his murder.

Recall that one other person was recently killed by unknown gunmen in the same town on Tuesday over some unresolved issues, hence, throwing residents into palpable fear.

Meanwhile, the state labour has suspended its negotiations with the state government pending the solvency of the killing of NASU chairman.

Obiano Splashes Over N700m On Campaign Vehicles In One Week