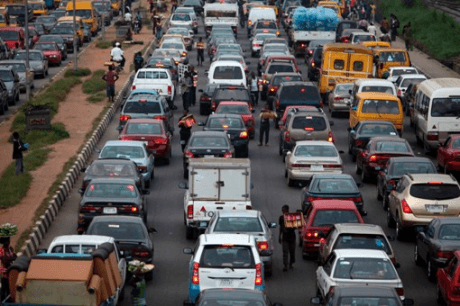 The security situation in Lagos State, Nigeria’s commercial capital deteriorates by the day. Governor Akinwunmi Ambode must urgently review the composition of his security team or their strategy. Most embarrassing is that some of these crimes (committed recently) happened very near the official residence of the governor on the Lagos Marina.

The Lagos Marina is Nigeria’s version of New York’s Wall Street. The Lagos Marina is tremendously popular because at least 2 of Nigeria’s most prominent bank – Standard UBA and First Bank have their headquarters situated there. Besides these first tier institutions, Wema, Sterling and Union Banks also operate from there. The Bank of Industry operates from there as well as Dutch Oil Giant – Shell Petroleum Development Company. Africa’s frontline businessman and Forbes billionaire, Dr. Mike Adenuga has the headquarters of a chain of his business interests there – Consolidated Oil Plc. Kakawa Discount House, Diamond, Zenith and Heritage Banks have shops on the Marina.

Politically, the Lagos marina is strategic to Lagos State and Nigeria. This is because the official residences of both the state governor and the President; Commander-In-Chief of The Armed Forces are situated there. It is therefore embarrassing when the slightest security breech happens anywhere near this location. If not for anything, the fact that an annex of the headquarters of the Nigeria Police Force is domiciled in Obalende (some 5 minutes drive from the Marina) should make that location a safe zone.

When robberies happen in a typical Lagos traffic situation, they happen with such speed that could cause one to argue that no crime was ever committed in the exact scene of the crime. The speed is incredible. The first and last incidence of a traffic robbery I witnessed occurred in 2008. The setting was the port city of Apapa. The precise location was the popular Liverpool Bridge. The visible robbers; only about 3 in numbers wore heavy iron rings. Light enough to be worn on the middle finger; heavy enough to crack the side glass of any car they select to steal from.

With one hand permanently inside the pocket of the large denim jeans they often wear, the thieves threatened in loud voices to shoot any victim who attempts to resist the gang. While issuing this threat, they bang the side glass with the heavy iron rings expecting to crack it. If traffic frees up, the victim escapes. Where it does not, they bang the glass till it cracks; then breaks. Once broken, they go ahead to dispossess that victim of valuables which are mainly cellular telephones, iPads, laptop computers, exotic wristwatches, gold jewelries and in some instances the vehicle. In this instance, traffic freed up suddenly; I sped off. So did the victim.

The Liverpool situation I witnessed was remotely connected to the traffic situation in Apapa which appear to have defied every solution proffered by government. Unfortunately, Governor Akinwunmi Ambode doesn’t have a solution to this challenge. If he did, there may have been no need for the matter to be mentioned during a plenary session of the Nigerian senate because other states exist in Nigeria (like Rivers, Oyo, Anambra & Abia states) which experience huge vehicular movements at a time.

The same can however not be said of similar incidences of robberies that happen in other locations in Lagos State. Flash points in this instance are the Onikan Bridge, Apongbon, FESTAC town, Mile 2, Mobolaji Bank Anthony Way, Ikeja, Maryland, Oshodi, and Ikorodu Road. The menace of robberies in Lagos traffic situations when juxtaposed with the “Mega City” status of the state is disturbing and embarrassing.

Governor Ambode must therefore realize there’s an urgent need to tame this ugly development in fulfillment of his campaign promise for a safer Lagos. During a visit to Mushin, a suburb notorious for violent crimes, he said “….We have made Lagos to be safer in the last eight years. We will make it more secure so that you will have a 24 hours economy in a week. So that you can move around any part of the day and night so that Mushin will be a better place to live.”

As one of the smallest states in Nigeria (land mass), government must not never act as though it is overwhelmed by this menace. It would be a huge indictment on its legitimacy.

Governor Ambode must therefore roll up his sleeves; hit the streets, capture the thieves and jail them.