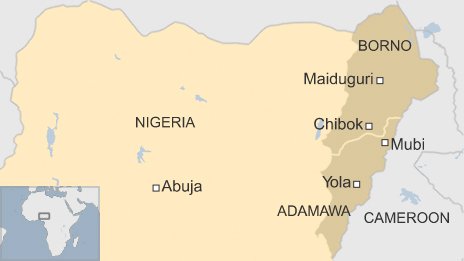 Mr. Shedrack Gajere, who is the All Progressive Congress [APC] chairman for Lamurde Local Government in Adamawa state, is dead while awaiting the constitution

of caretaker committee, for the local councils in the state but which never materialised.

The Secretary of the APC in the Local Government Mr. Lawson N. Ignatius disclosed the passing away of Mr. Shedrack Gajere the party’s council chairman of Lamurde to newsmen.

Mr. Shedrack Gajere according to him, died while recuperating from stroke, which saw the deceased hospitalized at the state specialist hospital Yola.

“The cold hand of death has finally snatched away our chairman Mr. Shedrack Gajere, who until his demise is the chairman of the All Progressive Congress, Lamurde local government council.

“He was recuperating from his bout with stroke. Burial arrangement has been fixed for this weekend.

“We urge you all to pray for the repose of his soul, and that his legacy as a steadfast and loyal party, who laboured to entrench firmly, the APC in Lamurde will continue to endure,” party secretary said.

He also disclosed arrangement for the funeral which he said has been agreed by the family to hold for next weekend.

Mr. Gajere, who died on Friday night, is believed, to have died from the alleged failure of the APC in the state to compensate the local government council chairmen, whom the party promised to make heads of the caretaker committee for their councils following the dissolution of local government state executives.

Findings revealed that the 21 local government council chairmen for the APC have remained fazed by the fact that 3 months after the party took over the Adamawa state government house, none of the internal arrangement made by the party to compensate its officials at the local councils have materialized.

Some of the council chairmen of the party in their reaction to the passing away of their colleagues, it was learnt had quietly lamented their neglect by the Bindow led leadership of the state.

“While we the council chairmen of the APC were able to contribute N20, 000 to support the family towards the settlement of his medical bills” one of the party leaders dismayed by the government lack of concern and whose identity is being concealed lamented.

We learnt that no assistance has come the way of the family from the government. Again we contributed N50, 000 which we gave to his widow, but I don’t know what the government plans are for the family.”

Mr. Gajere, the deceased, is survived by his wife Mrs Blessing Shedrack and five children.

A call for Buhari’s impeachment

Eight reasons why Muhammadu Buhari is already a failure