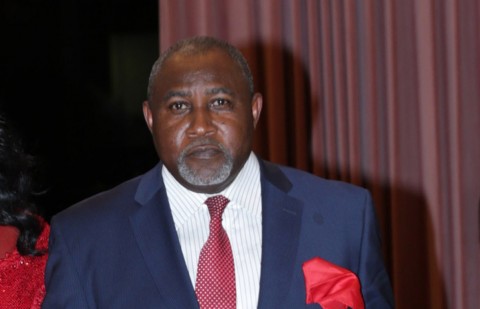 Daniel Makolo, a lawyer, has sued President Muhammadu Buhari for allegedly failing to appoint a minister, to represent Kogi State in his cabinet.

Daniel Makolo queried the absence of Kogi representative in the Federal Executive Council meeting since March.

He particularly faulted Buhari for failing to appoint a replacement for the late James Ocholi (SAN), former Minister of State for Labour and Employment from the state.

It should be recalled that, Ocholi, his wife and son, died in an auto crash on Abuja-Kaduna Road on March 6.

Makolo, among others, urged the court to order that the failure of Buhari to appoint a qualified indigene of Kogi as a Minister after Ocholi’s death was “wrongful, unlawful and unconstitutional.’’

Arguing, that the failure to appoint a minister from Kogi “is an attempt to, and has denied the people of Kogi State, representation at the statutory mandatory regular meetings held by the president with his vice and ministers”.

The lawyer asked the court to issue an Order of Mandamus compelling the president to appoint a minister representing the people of Kogi from amongst the indigenes of the state.

Makolo also asked the court to declare every decision or resolution reached at statutory meeting(s) held as void to the extent of its effect on the life and property of the people of Kogi.

He further asked the court to void the resolution reached at subsequent meeting to be held by the president and his cabinet without a representative of Kogi People,

He also asked for an order of mandamus compelling the president to respect and apply Section 14 (3) of the Constitution in all his appointments.

This, according to him, is inclusive of the Heads coercive forces of the sovereignty of Nigeria, the paramilitary agencies, and all arm-bearing institutions of Nigeria.

In addition, the applicant sought an order directing the Attorney-General of the Federation to initiate and carry out a corona inquest into the Sunday, March 6, death of Ocholi on Kaduna-Abuja road.

This, according to him, is to uncover and make public the actual and remote causes of the accident.

Makolo said that he based his action on 14 grounds in the Motion on Notice, supported by a 24-paragraph affidavit.

He said that appointment of a minister to represent each of the 36 federating states was not optional but also the responsibility of the president.

“This is not an optional responsibility; it is mandatory which our beloved President has deliberately failed, neglected or refused to do in respect of Kogi State and her people.”

Joined in the suit were the President of the Senate and the Attorney General of the Federation and Minister of Justice.