The Lekki Concession Company (LCC), operators of the Lekki toll gate, has submitted video footage recorded by its surveillance camera on the night of October 20, 2020, to the Judicial Panel of Inquiry set up by the Lagos State Government.

Recall that soldiers allegedly opened fire on #EndSARS protesters at the Lekki toll gate killing an unspecified number of people.

The Managing Director of LCC, Abayomi Omomuwa, submitted the video footage on Tuesday.

The Panel is probing the Lekki shootings as well as complaints of human rights abuses against members of the disbanded Special Anti-Robbery Squad. (SARS)

While tendering the video footage to the panel, Omomuwa said:

“I can confirm that inside here is the video footage that our surveillance camera was able to record for the 20th of October.” 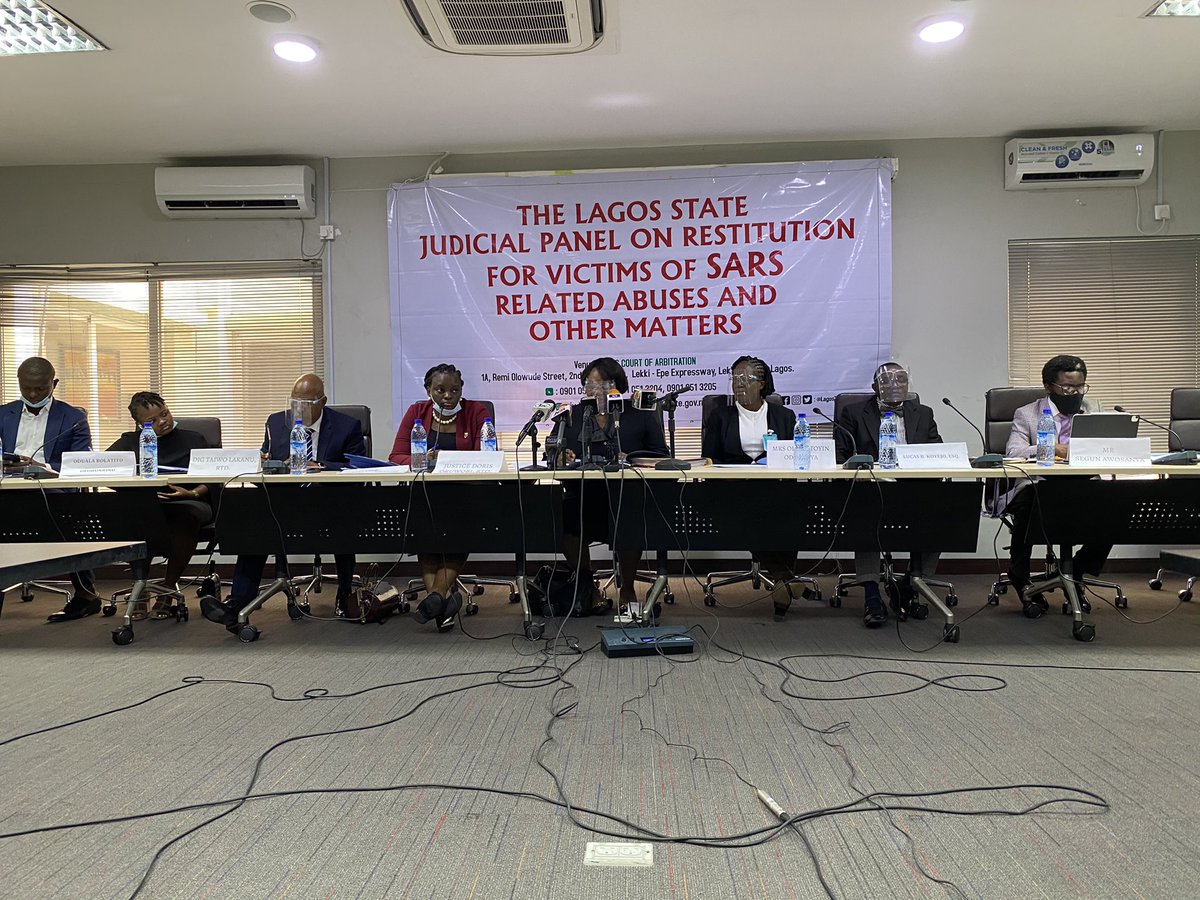 Speaking further, he said: “We never, ever tampered with the surveillance camera until about 8pm, when it was tampered with and stopped recording.”

Omomuwa, in essence, said that the network was interfered with, which stopped the recording.

He also noted: We usually put the lights on at about 7:30. Our people left the location at 4pm. Everyone was asked to go.”

He, thereby, admitted to proactively removing the automatic plate number recognition cameras and other equipment “early in the day”.

For technical reasons, the video footage submitted by LCC MD could not be played today.

The Lagos State Government counsel walked in with the LCC MD.

Addressing the panel, he said the cameras that was removed at the tollgate were plate number recognition cameras that identify vehicle identity and vehicle type.

The counsel refers to the suspected bullet casing found at the toll gate and said they still don’t know what that was.

He also asks if LCC MD believes the governor ordered the alleged shoot but was instantly overruled by the chairman.

He also states they have 3 surveillance cameras. 1 at the Lekki toll gate, one at Ikoyi and another at Chevron which are linked via network and controlled from Chevron.

Concerning who witnessed the shooting among his staff, he answered:

“When curfew was declared, we obtained permission, and asked all staff to go, including those in charge of the generator.”

This is because “they didn’t want to be provoke protesters”, he added.

Next he was asked: “In all the time the protest happened, was there any incident involving bringing law enforcement to confront the protesters?”

The LCC MD answered in the negative.

“Since LCC MD has said their camera didn’t capture the shootings, It’s simple and good to say they are incompetent.”

He, therefore, advised the Lagos state government to terminate their contract with immediate effect and bring in competent brands to handle the toll gate!

“Omo! SanwoOlu was aware what they were about to do to our Comrades on 20-10-2020! After reading all those stuff said by the LCC MD, you’d realise it was a meticulous plan. Murderers! All of them!”

We won’t exchange words with PDP on national security ~ APC

Help is on the way, Nnia Nwodo tells Oyigbo residents in Rivers State