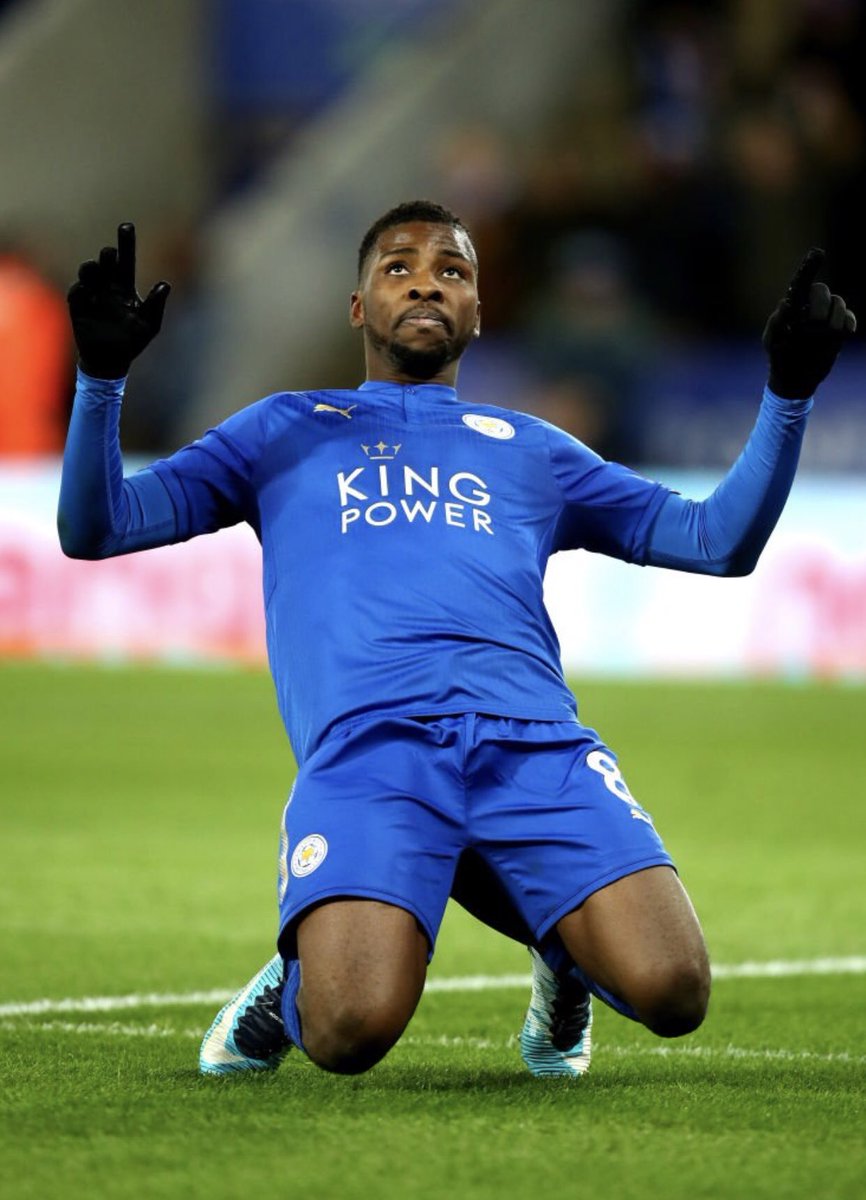 Kelechi Iheanacho, who plays for Leicester City has help his club to advance in the English FA Cup.

The former English Premier League champions reached the FA Cup fourth round with a 2-0 replay victory over third-tier Fleetwood Town on Tuesday. Iheanacho, who had put the hosts ahead in the first half, was initially ruled offside when he deftly chipped the ball over the goalkeeper into the net in the 77th minute. But the goal was given after consultation between referee Jon Moss and the VAR.

Premier League side West Ham United were given a severe test by third-tier Shrewsbury Town but came through in extra time thanks to Reece Burke’s first goal for the London club.

Championship sides Cardiff City, Sheffield Wednesday and Reading all reached the next round with victories over Mansfield Town, Carlisle United and Stevenage respectively.

Iheanacho, a 25 million pounds ($34 million) signing from Manchester City in August, had endured a barren spell in front of goal since making the move.

But he was given a chance to shine with former Fleetwood striker Jamie Vardy starting on the bench.

The 21-year-old Nigerian opened the scoring with only his second goal for the club in the 43rd minute as Islam Slimani played a neat ball over the top and Iheanacho coolly converted.

He was similarly sharp with 13 minutes remaining as he latched onto Riyad Mahrez’s through ball and lifted it precisely over Fleetwood goalkeeper Chris Neal.

But his celebrations were to be temporarily halted by the linesman’s flag.

The goal was awarded, however, 68 seconds after it hit the net as video official Mike Jones told Moss that Pond’s back foot had kept Iheanacho onside.

The second goal effectively ended Fleetwood’s resistance and set up a fourth round match between Leicester and League One side Peterborough United.

West Ham had been held to a goalless draw at Shrewsbury in the first tie and needed 112 minutes of the replay to break the deadlock at the London Stadium.

The goal was worth waiting for, however, as Burke met a cross and thrashed the ball into the top corner off the underside of the bar leaving West Ham to play Bournemouth or Wigan Athletic in the next round.

Cardiff swatted League Two Mansfield aside 4-1 away to set up a tie at home to Premier League leaders Manchester City.

The English Premier League champions’ manager Pep Guardiola was watching the third round replay from the stands.

Sheffield Wednesday scored in each half through Marco Matias and Atdhe Nuhiu to beat visiting League Two outfit Carlisle 2-0. Reuters

Kwara PDP: When Suspicion Becomes A Strategy To Disqualify Others – By Bashir Akanbi