More than ten persons have been reported dead when a petrol-laden tanker exploded at Felele junction in Lokoja, the Kogi State capital.

Most of the persons were roasted alive when the tanker exploded in the early hours of Wednesday morning.

Eyewitnesses say the incident occurred around 8:30am when the tanker lost control and rammed into oncoming vehicles.

The victims, our correspondent reported from Lokoja, included students going to school in the morning.

Other reports says that up to thirty persons may lost their lives including primary and secondary school students.

Reacting to the incident, the state governor, Yahaya Bello expressed shock and sorrow over the fatal incident.

The Kogi State Deputy Gov., Chief Edward Onoja was also seen at the scene of the accident in the capital city.

Wife of the Kogi State Governor, Rashida Bello also joined the Deputy Governor at the scene of the explosion in Lokoja expressing sadness over the fire accident. 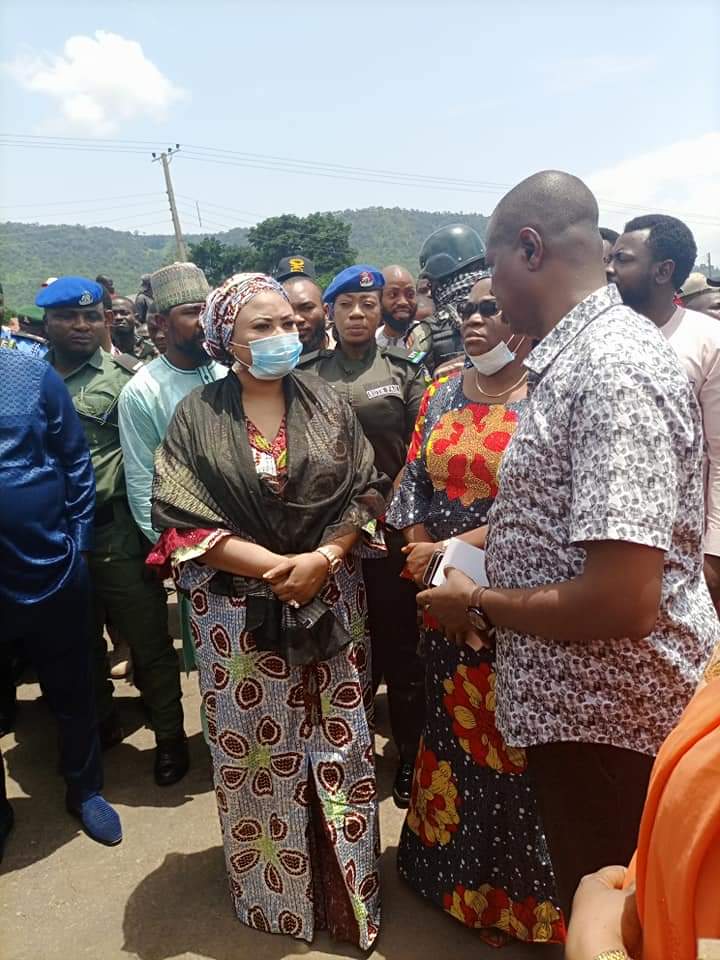 Officials of the Federal Roads Safety Corps (FRSC) were reported to have temporarily shut the road to avoid further damage.

Men of the Federal Road Safety Corps and fire fighters were seen at the scene trying to control the situation.

See tweets from the incident below:

Several persons have died from a petrol tanker explosion in Lokoja, the Kogi State capital.

Eyewitnesses say the incident occurred around 8:30am when the tanker lost control and rammed into oncoming vehicles. pic.twitter.com/PGq8qe2JMZ

The petrol tanker explosion in Lokoja, that killed over 10 persons this morning.

It could be recalled that ElombahNews reported on September 7 that several houses and shops were also gutted by fire in Niger State.

The inferno erupted after a petrol-laden tanker collided with a trailer and exploded in a disastrous fire destroying properties worth hundreds of millions of Naira.

Recently, some twenty persons were feared dead after a tanker reportedly fell and exploded near Koko junction section along Benin/Sapele Expressway, Ethiope West council area of Delta state and burnt to death residents that rushed to scoop fuel.