Man in court for alleged rape 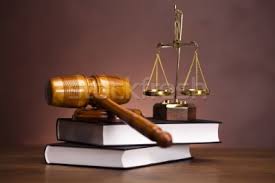 The man is accused of raping his neighbours daughter,who resides at Alfa Yusuf Str., Dopemu, Agege, suburb of Lagos is being tried for rape.

Sgt. Raphael Donny, the Prosecutor, told the court that the offence was committed on December 2016 at the accused residence. Continuing he said that the accused called the victim, a 12-year-old girl, into his room and shut the door at her. “The accused raped the girl and told her not to tell anyone, ”.

Donny said that the accused was about to rape the girl the second time on a different day and was sighted by a neighbour. “The accused was apprehended and brought to the police station.

The offence contravened Section 259 of the Criminal Law of Lagos State, 2011. The accused, however, pleaded not guilty to the charge. The Chief Magistrate, Mrs Davies Abegunde, granted bail to the accused in the sum of N500,000 with two sureties in like sum. The accused was ordered to pay N50,000 into the registrar ‘s account as part of the bail condition.

The case was adjourned till March 15 for Director of Public Prosecution’s advice.

Breaking News: Court strikes out six charges against Kanu, others

Delta variant: COVID-19 deaths rise by 80% in Africa, says WHO