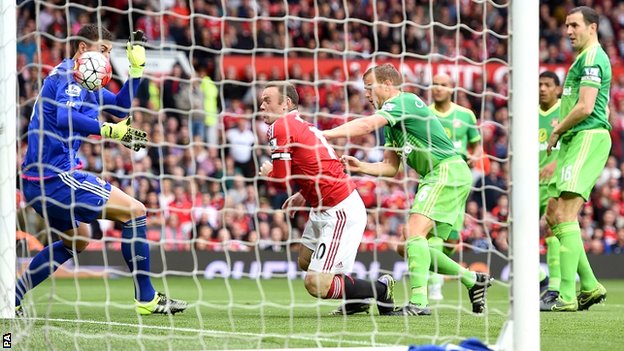 After a slow start, Memphis Depay scored his fourth of the season by tucking in from Juan Mata’s cut-back.

United doubled the lead 40 seconds after the break as Wayne Rooney bundled over to end an 11-game scoring drought in the Premier League.

Until Depay slid in the opener in first-half stoppage time, the hosts looked ponderous in attack but once they went 2-0 up after good work from Anthony Martial, Sunderland had little to offer in response.

Rooney’s goal took him level with Denis Law as United’s joint-third leading league scorer with 171 goals, and ended his longest barren spell in the Premier League.

David De Gea was rarely troubled but made two good saves from Jeremain Lens, meaning United have conceded just once in the league at home this season.

Follow all the reaction to Saturday’s Premier League games

IN OTHER ENGLISH PREMIER LEAGUE MATCHES

PGA to move Mexico Championship to Florida due to COVID-19

PGA to move Mexico Championship to Florida due to COVID-19