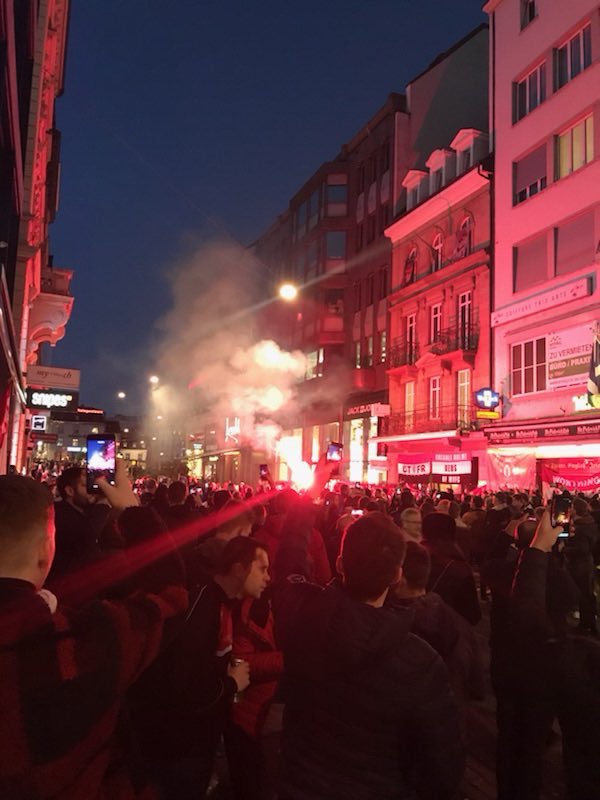 The Spaniard was incredible throughout the game, De Gea saved an incredible 14 shots and made Arsenal’s  70 per cent dominance count for just one goal.

The highlight was an astonishing double save to keep United’s lead intact at 2-1. Mourinho hailed the display as “the best from a goalkeeper in the world”.

“I told him after the match that what I saw today was the best goalkeeper in the world. In big matches you need goalkeepers to be there for you”, Mourinho said.

United ended Arsenal’s 12-match home winning run in the breathless encounter to close the gap on Manchester City on Saturday. Who won  3-1, with the victory  taking  them to within five points of the Premier League summit.

Arsenal came back strongly, attacking in waves and pulled a goal back early in the second half through Alexandre Lacazette but United re-established a two-goal margin through Lingard again.

As the match went on, referee Andre Marriner sent off Paul Pogba for a studs-up tackle on Hector Bellerin, which changed the balance of the contest, but Arsenal could not take advantage.

With the Manchester derby looming next week at Old Trafford, United have a chance to haul themselves right back into the title race though Mourinho will be losing the services of midfielder Pogba.

“I loved the way my team played and fought,” said Mourinho. ” Arsenal played in some period amazing attacking football — creating difficulties for us. But I have to say that my players deserve all the great words.

“I don’t know so many in English but amazing, phenomenal, fantastic. They deserved three points.” Mourinho concluded.

According to Wenger, “I am really disappointed because it was a good performance, but we had nothing to show for it at the end and that is hard to take”, he lamented.