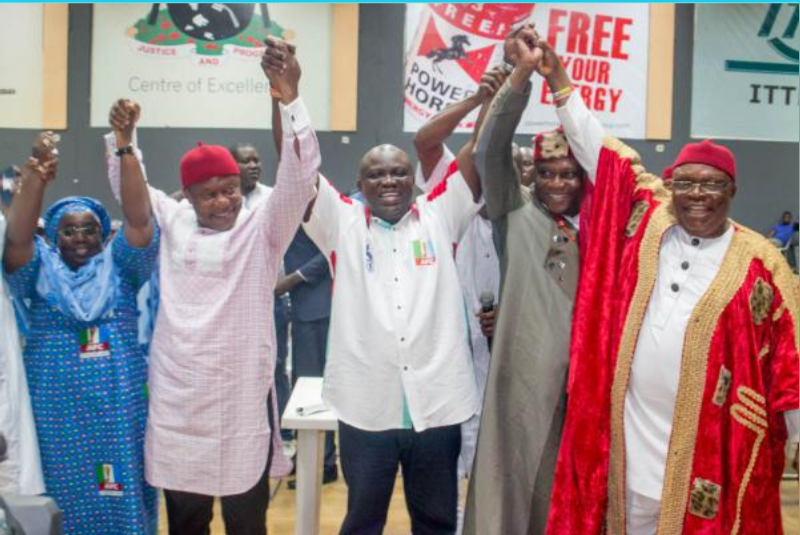 Organization; we salute Ekwe Nche Organization for laying the foundation in 1996 of the Igbo liberation, and, Global Igbo Renaissance movements, a noble goal that IgboZaraIgbo is determined to actualize.

“As we commence to rebuild the Igbo society and the rest of Biafra devastated after a genocidal war we fought so that we will not be exterminated it is important we examine our mistakes so that we can affect the much-needed corrections. We also have witnessed the gradual dismantling, deformation and defaming of the Igbo institutions and mannerisms; this is more perfect pathway for the exploitation of our people and our resources.

What Ndi Igbo need is to draw from the deep well of knowledge from our ancient authentic civilizations that undoubtedly has existed for thousands of years and draw from the fresh fertile water of life to nourish our reconstruction. We must rebuild our nation for eternity and perpetuity. We must look around us and borrow from the successful models. Every great Jewish project is enriched by the idea of the classical culture of the Torah, including the modern state of Israel. The Igbo themselves were an intrinsic part of the giving of Torah.

Thus the oral Torah of the Igbo forms the basis of Igbo spirituality; the Igbo absolute belief in Chi Ukwu-the Great God- whom we call Onyenwe, Onyenwe Mmadu-Lord of Lords, Adi We’Adi- from everlasting to everlasting. Every great European institution is molded in part in the image of the ancient Greek-Roman civilization, including the United States of America. Every institution in the Moslem world draws from the classical Islamic civilization of the middle ages, including Iran. Japan and Asia today developed and carried out this around their rich cultures and traditions.

This leadership series is an effort to uncover those fundamental social gluons, which served as ever-present political attractors that made the entire society function and progress without a hegemonic dictatorial structure. Surely, we venture to assert the spiritual belief of the people thus: Servitude and unalloyed allegiance to God alone enhanced the thriving of this civilization.

This is because a true Igbo man/woman seeks not to lord it over his/her brethren but to serve them because they are children of His God. It is therefore our belief that at this critical moment of our existence in the light that all other systems have failed us, we must go back to that well of time tested systems for nourishment and answers to our problems. This becomes necessary for the following reasons:

Restoring Igbo values to the Igbo Nation Worldwide – made up of Igbo in Igboland and in the Diaspora across the world – in readiness for the reassertion of Igbo statehood cut short in 1970.

Firstly, our system is more ancient and has achieved greater accomplishments than any other. In the second place, our system influenced, inspired remarkably other later cultures. Thirdly, that remains one of the only untried options available to the people in order to curb the present prevailing conditions never found in Igbo land. The absence of responsible leadership, moral depravity, corruption, social, economic, and political decadence that we find ourselves. The obvious physical and environmental decay of the society where order, righteousness, and responsibility formed the bedrock of the tradition and culture.”

It is our belief that every ethnic nationality must control 100% of its political space and most importantly, speak for itself, hence the formation of this Igbo organization, IgboZaraIgbo that seeks to propose solutions to unique Igbo challenges, in the hope that other ethnic nationalities will do same.

It is important that it be pointed out that the form of governance will be Ohacracy – the collective servant leadership form of democracy, using the Switzerland model (the closest form of governance to Ohacracy), http://swiss-government-politics.all-about-switzerland.info/index.html, and http://direct-democracy.geschichte-schweiz.ch/, with each ethnic nationality controlling 100% of its political space, 100% of its territories, 100% of its resources, growing at its own pace, ruling itself, speaking for itself, etc. The members of the Igbo ethnic nationalities will be awarded the same rights as other ethnic nationalities.

The constitution of IgboZaraIgbo is an attempt to model this unique form of Igbo governance. It is hoped that the Igbo and other ethnic nationalities will read and seek to understand and embrace this irreplaceable way of life.